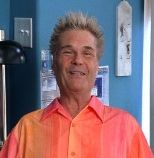 If it was going to be a 3-0 outcome, it should have been the Mets on the winning end, no? After all, the Phillies bats were ice cold, and hitting in pitcher-friendly Shea Stadium, and the Mets with their scrappy offense and Mike Pelfrey on the mound were poised to win a low-run ballgame. Right?

Somehow, though, neither the Phillies nor the Mets followed the script, and the Sheasters wound up on the wrong end — despite another fantastic performance by Pelfrey, who spun seven stellar innings of four-hit ball, allowing only two earned runs. Unfortunately, one run was all the Phils needed, because the Mets could muster only three hits (two of which were doubles by Daniel Murphy) off starter and winner Brett Myers. The Mets fanned ten times in the process, and were no more effective against closer Brad Lidge — though they made it interesting by putting runners on the corners before the final out was made.

Other than Big Pelf, Murphy was the only bright spot on a dismal night, going 2-for-4. Strangely enough, the Mets managed four doubles but only one single the entire night — and that didn’t come until the ninth against Lidge.

Brian Stokes pitched another impressive, and perfect, inning of relief.

Ricardo Rincon finally threw his first pitch as a Met, and in fact fulfilled his purpose on the planet as a LOOGY (though, I guess technically it would be LTOGY, though it doesn’t quite roll off the tongue as nicely) by retiring both Chase Utley and Ryan Howard. I thought Rincon deserved a spot on the 25-man roster out of spring training …. well, better late than never.