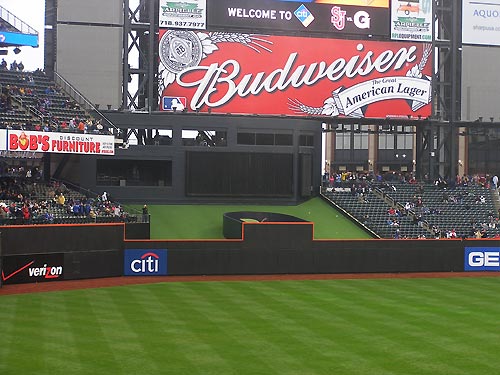 A shot of center field. Hey, what’s that beyond the center field fence? Looks like it may be the stem of an apple! 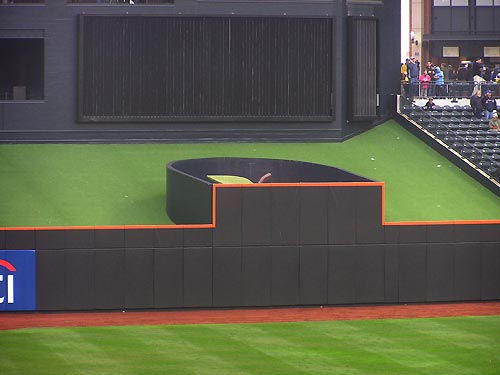 A closer look does reveal a massive apple in hiding. Though there was a home run in the game, the apple remained in its hiding place.

I can assure you, though, that it is a brand new apple. The next post in this series reveals the fate of the old apple.