Hearing and Not Hearing 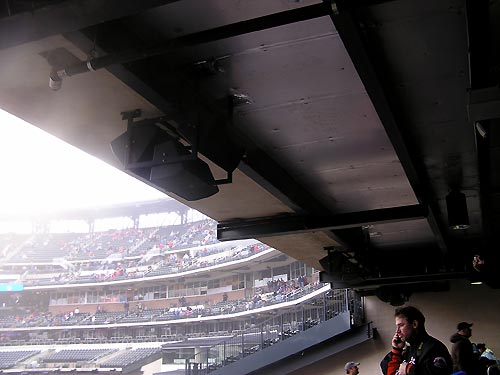 One of the things about Shea Stadium that drove me absolutely out of my mind were the acoustics of the place, which were horrendous to say the least. To make matters worse, the sound tech would invariably play sounds and songs at too high a volume, resulting in an ear-splitting, distorted cacophony that resembled the feedback from a guitar smashing by Pete Townshend.

However, the issue of sound has been addressed suitably in Citi Field with the installation of high-fidelity speakers every few feet above the seats. The sound is clear, undistorted, and has a nice rich bass quality. Some songs are still played a little too loudly, especially if you are directly under one of the speakers. Nonetheless, it’s a huge improvement over the Shea Stadium noise. 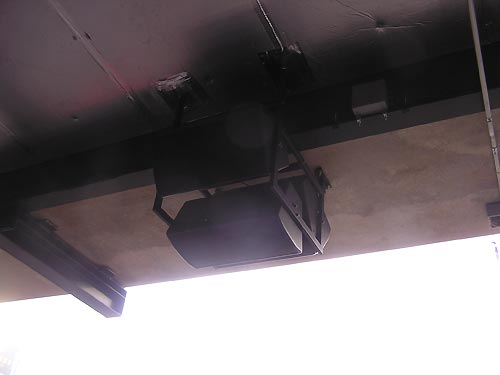 But not everyone can hear, right? I SAID, NOT EVERYONE CAN HEAR, RIGHT ??? !!!!! Seriously though, a nice bonus to the Citi Field scoreboards is the addition of a closed-caption screen, which hangs off the rafter in right field, and displays text corresponding to the PA announcements. 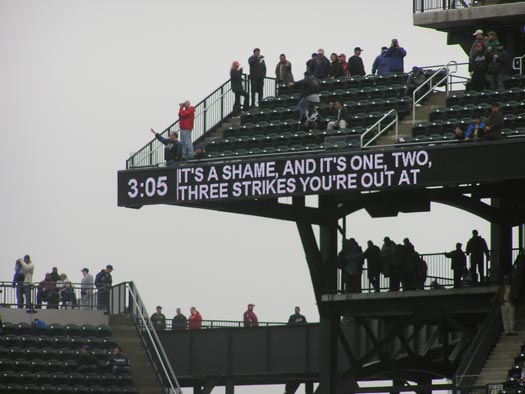 In addition to the PA announcements, the screen also shows the words to “Take Me Out to the Ballgame”, so everyone can sing along. Of course, we didn’t need the words to that song, but to “Lazy Mary” — which thankfully is still part of the seventh-inning stretch playlist. If you weren’t born in Sicily, you can learn and practice the Lazy Mary lyrics right here on MetsToday.

Next up: how Citi Field resembles a minor league ballpark.