The Darren O’Day Era is Probably Over 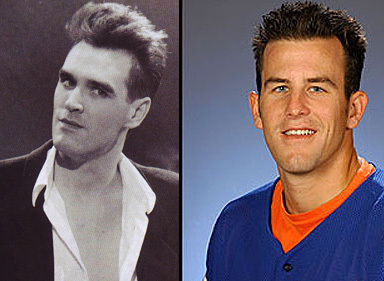 Rotoworld is reporting that the Mets have designated reliever Darren O’Day for assignment. O’Day – a Rule 5 pick – will be placed on Rule 5 waivers. If he clears waivers, he will be offered back to the Angels.

O’Day’s departure will make room for Nelson Figueroa, who will start in place of Mike Pelfrey in Sunday’s series finale against Milwaukee.

I’m surprised Omar Minaya is so quick to scrap a piece of the bullpen that has been dominant so far this season. In four games with the Mets, O’Day had not allowed an earned run.

Given Pelfrey’s youth and his workload last season, I can’t imagine why they wouldn’t put him  on the DL, retroactive to his last start. He’d only end up missing one extra start and the bullpen could remain intact.

Then again, maybe the Mets weren’t high on O’Day in the first place and/or maybe they have a late inning reliever in mind to replace him once Pelfrey gets back.

Back Ahh…. BLACKOUT!
Next Mets Game 12: Loss to the Brewers