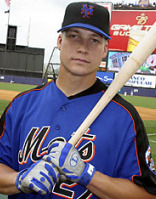 Jacobs was a disappointment in KC after being acquired for middle reliever Leo Nunez. He hit only .228 with a .297 OBP, slugging 19 HR and 16 doubles in 434 ABs.

Doubtful the Mets will even blink at this, though if he’s willing to put the catcher’s gear on again he’d multiply his value tenfold.