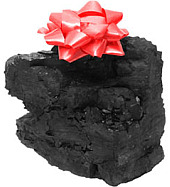 In case you missed the news of the past few days:

The Red Sox may be back in play for Jason Bay

The Pirates are in talks with Octavio Dotel

The Nationals agreed to terms with Matt Capps, and are on the verge of signing Eddie Guardado

The Cubs traded Milton Bradley to the Mariners for Carlos Silva

The Giants have made a strong offer to Mark DeRosa

The Phillies may have reached an agreement with a “reliever”

And the Mets? Well, the Mets got Dickey. Knuckleballer R.A. Dickey, that is (what did you think I meant?).

Why does it feel like I just pulled a lump of coal out of my stocking?

Back Mets Still Need Pitching
Next Thank You and Happy Holidays