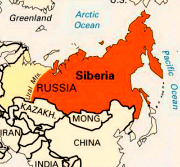 Only days before Jason Bay agreed to a deal with the New York Mets, Peter Gammons told listeners of WEEI that Bay would “rather be playing in Beirut than Queens”.

And a day after Bay agreed to play in Queens, Boston Herald columnist David Buckley said

That’s not all Buckley said. Here’s some more:

The Mets, a team for which things got so bad last year that general manager Omar Minaya actually blamed a sportswriter after it was announced that club executive Tony “I’ll Take off My Shirt and Fight You” Bernazard had been fired. …

… And now he signs with the Mets, a team with big-market bucks and big-market fans who expect a winner, but a team in desperate need of a good, old-fashioned organizational housecleaning.

Hmm … hard to argue with anything Buckley states, even as a diehard Mets fan. Siberia is pretty cold from what I understand, and the truth can be chilling, eh?

Back Castillo for Lowell?
Next Will Roberto Alomar Get Into the Hall of Fame?