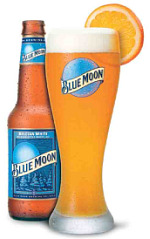 In case you haven’t seen it yet, OnTheBlack.com has a new video every day, with each one featuring comments on the Mets’ offseason and predictions by Kerel Cooper, Dave Doyle of Mets Report, and yours truly.

In related news, the eagle-eyed Dave Singer of NYSportsReport took notice of the citrus wedge in what he assumed was my beer.

First of all, if said citrus wedge was indeed in what is alleged to be “my” beer, perhaps I have a completely logical explanation. For example, perhaps it was a certified organic orange shipped directly from a grove in Port St. Lucie, and therefore a small but genuine declaration of support for that wonderful little city housing the Mets’ spring training facilities.

Or, it could be that the orange was a symbol of the Mets enjoying a “fruitful” spring … or that their goal to make the postseason in 2010 would come to “fruition”.

Or maybe the citrus fruit is not an orange, or a lemon, but rather a GRAPEFRUIT, in appropriate honor of the “Grapefruit League”.

Or, maybe the beer containing the offensive orange was not mine at all, but rather that of the cameraman, or some random person sitting at the table next to or across from me (and out of the range of the camera’s wide-angle lens).

Or, maybe the placement of the fruit was a coy attempt to enter Omar Minaya’s subconscious, with the intention of placing the thought that he should immediately replace Jerry Manuel with former Indians manager Eric WEDGE.

Better still, the citrus wedge in question may have been inadvertently attached to the brim of my glass by the bartender as a force of habit, rather than by request, not realizing that a man of mucho machismo would be imbibing the otherwise glorious blend of Belgian hops, wheat, malt, and barley.

On the other hand, maybe I actually like an orange wedge in my beer, because it brings out wonderfully delicious nuances of coriander and spice — is that a crime? (Before you answer, consider the fact that I’m probably bigger than you.)

Perhaps the key point in regard to the glass is this: does the subject matter get perceptibly better or worse in relation to the sinking level of the suds?

You be the judge.

Check out OnTheBlack.com all this week and next to develop your case. I plead “no contest”.

Note to the kiddies: I do not condone the consumption of alcoholic beverages — with or without citrus wedges — by anyone under the age of 21. Furthermore, I do not condone blogging under the influence of alcohol (BUI), nor blogging while intoxicated (BWI), regardless of age, race, or sexual orientation.

Back ST Game 7 vs. Nationals
Next Read This Book