Idea: What to Do With Ollie and GMJ 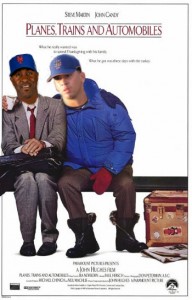 The Mets are still in it.

The team’s record sits at 27-26, 3.5 games out of first place. They may not be a championship-caliber team, but the NL East is there for the taking. Beyond that, the National League itself can be had – the Cardinals are struggling, the Phillies can’t hit and the Padres are in first place in the NL West. The Padres?!?!

But before they go out and acquire a pitcher like Roy Oswalt – or even Kevin Millwood – the Mets need to do something about Oliver Perez and Gary Matthews Jr.

Unfortunately, each player is owed a hefty sum – so it’s not that easy to cut or trade either of them.

At the end of tonight’s game in San Diego, the Mets will board a plane to New York. But Ollie and GMJ will not be on that plane.

Instead, our heroes (I use the term loosely) will be given the keys to a 1982 Buick Regal with no air conditioning. The car will be painted in Mets colors.

They have to drive back to New York – or TOWARDS New York, until their car dies. That’s when the fun begins.

*It will be interesting to see if Ollie’s driving is as erratic as pitching. I don’t know how GMJ is going to sleep with Ollie doing 90 mph all over the highway.