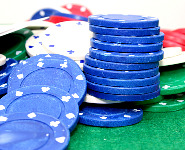 Before Minaya was forced by a cab driver into trading Xavier Nady for Roberto Hernandez and Oliver Perez in July 2006, the Mets were desperate for a starting pitcher, and possibly a corner outfielder. But trading for one was never a consideration, because the Mets were running away with the NL East, and on the way toward playing “meaningful games in September”. So what if their rotation was in shambles, starting the likes of the late Jose Lima? They’d worry about that when they got to the playoffs.

In July 2006 and every July thereafter, the Mets were in dire need of one or two impact pieces to transform themselves from a team that play meaningful September games to one that was a near-guarantee to make the postseason.

Back in 2006, the Mets’ top prospect was Lastings Milledge, but they couldn’t part with him because he was the ONLY MLB-ready youngster they had. Further, they’d likely be “selling low” on him because his development was stunted by injuries. The rest of their “top prospects” were in the low minor leagues — mostly, 17-21-year-olds, the bulk of which who were international signees. So when Nady was traded away, and the team was desperate for a corner outfielder (remember, Cliff Floyd was hobbling around on one leg) as well as another reliever, the best they could do was pick up Shawn Green in a salary-dump move by the Diamondbacks and a juiced-up Guillermo Mota in a similar waiver deal.

(Tell me if any of this sounds eerily familiar — even if you don’t vividly remember 2006. For example, take a look at the Mets’ current farm system and tell me where the prospects are. Funny, isn’t it? Four years later and it’s like time has stood still.)

Each year after, the story was the same, for one reason or another. In 2007, the Mets were again doing well but were in glaring need of a top-of-the-rotation starter, a bat (Moises Alou was hurt), and at least one reliever. They acquired none — though they did make a very low-risk trade for Luis Castillo. You may remember how that season ended … you may also remember how the Mets made the trade they needed to make 7 months late, when they emptied the farm for Johan Santana.

And because they emptied the farm for Santana, they had no chips to trade when the deadline rolled around in July 2008. Yet, the Mets still were shy at least one bat — unless you believed that Fernando Tatis was going to continue to hit like Roy Hobbs after July — and at least one bullpen arm. Again, they acquired neither — not until Billy Wagner blew out his elbow and the Mets made yet another low-risk deal in trading for Luis Ayala. No Manny Ramirez, no Jason Bay, no Junior Griffey … heck, they didn’t even have enough on the farm to bring back Xavier Nady.

We all agree that 2009 was a lost season, but you may have forgotten that in July, both Mets management and most fans felt the team was still “in it”. There was some buzz that maybe the Mets could make a deal here or there to patch holes while we waited for “the cavalry” to return from the DL. But, again, the Mets didn’t have the chips necessary to make a deal — partly because a chunk of their shallow stock was sent to Seattle in the J.J. Putz deal.

So here we are, once again, with July approaching and the Mets in need of a puzzle piece. And yet again, the Mets don’t have chips to trade.

I keep getting pushback when I suggest that the Mets will need to include Jon Niese in a deal for a frontline starter like Cliff Lee, Roy Oswalt, or Dan Haren. OK, fine — then tell me WHO instead, the Mets can give up? You have to give up something to get something, and when I look at the Mets’ top two minor league squads — Binghamton and Buffalo — I see nothing. Do you really believe the M’s, D’Backs, or ‘Stros are going to get excited about Dillon Gee or Josh Thole? Tobi Stoner and Lucas Duda? Get real.

The Mets’ top prospects are probably Jenrry Mejia, Fernando Martinez, and Reese Havens. Fans don’t want to see Mejia leave, either, and F-Mart’s value is at an all-time low because he can’t stay healthy. Havens has similar issues staying on the field. People like to mention Bradley Holt, but he has been a disaster this year, with an ERA over 10. The next name I hear is Jeurys Familia but guess what? He’s struggling nearly as badly as Bradley. Who’s next? Kirk Nieuwenhuis? Tell you what: put ALL of those names together and you’re still not likely to get a callback from Jack Zduriencik, Ed Wade, or Josh Byrnes. GMs trading top-notch starting pitchers want in return at least one player/pitcher who is ready to step in and play at the MLB level right now. Not one of those names fits that descriptor.

To make clear, I’m not talking about a trade for Jake Westbrook, Fausto Carmona, Kevin Millwood, or similar individuals at an inferior level. I’m talking BIG names — those who are certain to make an impact on the pennant race.

Strange, isn’t it, that after five years, despite constant insistence to the contrary from Mets management, the organization remains lacking in talent at high-A through AAA, and devoid of legitimate prospects. Further, all they have to show for it is Johan Santana. One wonders if the Mets will EVER have a farm system that produces a genuine depth of MLB prospects — who can help the big club as players and/or as trading chips.

Back Where They Are Now: Jason Vargas
Next June 22: Tuesday Morning Mets Links