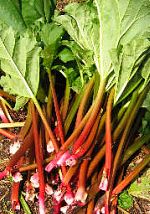 What the Mets need more than anything, is a good old-fashioned rhubarb.

Maybe I’m showing my age, but you older fans know exactly what I’m talking about.

A rhubarb, in old-skool baseball terms, is another name for a disagreement, or a full-out fight. These lifeless drones dressed in Mets uniforms need a swift kick in the keister to get the blood going. What better way to hype themselves up than by getting into a brawl?

Brawling with the Twins would have been suicide, considering that Minnesota’s minimum height requirement is 6’3″ (Luis Castillo and Cy Young candidates excluded). However, sizing up the Oakland Athletics, the Mets may match up well. Looking at the numbers, the 6’4″, 250-lb. Joe Kennedy looks to be the biggest thug, but he can easily be neutralized by some sweet talking by Carlos Delgado.

All the Mets have to do is either react to a aggressive play — such as a hard slide on a double play — or knock down Milton Bradley. I’d like to see Tommy Glavine send some chin music Bradley’s way, induce him to charge the mound, and have Ramon Castro jump out of the dugout and pile-drive Bradley into submission — while Paul LoDuca gnaws on his ankle.

The only problem is, I don’t know that Castro can move quickly enough to save Glavine in time. No matter — Tommy was drafted by the NHL and knows how to drop the gloves. The bullpen would also need to be alerted ahead of time, so they can sprint into the fracas in time to do some damage. We’ll need Billy Wagner’s ferocity and Guillermo Mota’s size to handle guys like Eric Chavez and Jack Cust. In fact, it might be a good idea to promote Ambiorix Burgos and Ben Johnson to provide a little extra muscle — they can replace Damion Easley, who’s nursing a sore knee, and Aaron Sele, who might be disinclined to damage his recently manicured nails.

Something has to be done to wake this team up, and it’s not going to be a chair-throwing rampage by Willie Randolph, that’s for sure. The only other option is a rhubarb.

Back Mets Game 70: Loss to Twins
Next The Time Has Come