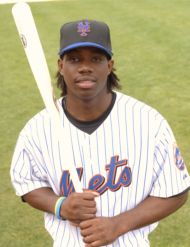 Indeed. Whatever happened to Lastings on that road? Remember when he was the top prospect in the organization, and one of the top in all of baseball? Remember when people were comparing him to Willie Mays? When scouts excitedly spoke about his “bat speed”, comparing it to “a young Gary Sheffield’s” ? Remember when we fans were in a tizzy that we “threw away” Milledge for Ryan Church and Brian Schneider?

Funny how things work out. We saw Schneider playing for the Phillies last night, by the way, so he’s still employed.

Now that Lastings Milledge has been DFA’s, the White Sox have 10 days to trade him, release him, or send him to the minors, what do you think — should the Mets bring him back?

Of course, if things don’t work out on the ballfield for Lastings, he has other talents to fall back on. 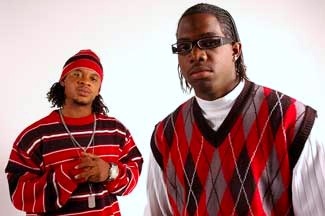 Back Mets Game 5: Loss to Phillies
Next Mets Are a Punch Line?