How Old is Jack McKeon? 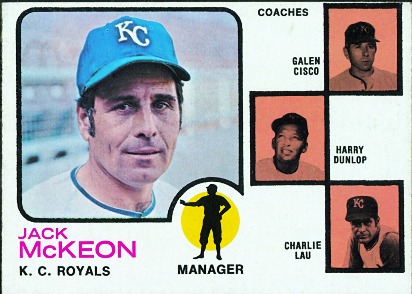 But do you really grasp how old he is, and how long he’s been a manager?

Consider this: when Jack McKeon took his first managing job, leading the Fayetteville (NC) Highlanders to a 70-67 record,

– Dwight D. Eisenhower was President
– a gallon of gas cost 29 cents
– minimum wage was 75 cents an hour
– a postage stamp was 3 cents
– UHF TV had just been invented
– the Dodgers were still in Brooklyn, and the Giants in Harlem
– Chevrolet just introduced the V-8 engine; it had an oil filter that couldn’t be changed
– The Tappan Zee Bridge did not yet exist
– The Wizard of Oz had never been shown on TV
– Rosa Parks had not yet sat in front of the bus
– Johnny Sain and Bob Feller were still pitching, and Ralph Kiner and Phil Rizzuto still playing

– The Honeymooners TV show had not yet debuted (though it started in October, right after the season ended)

And of course, there was no such thing as the Mets or the Marlins back then, either.

Back Mets Game 99: Win Over Marlins
Next Tonight’s Mets Lineup vs. Marlins