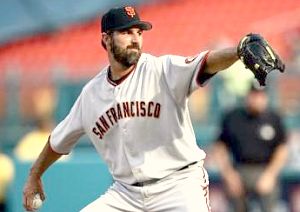 At the trading deadline, the Pittsburgh Pirates pulled an under-the-radar deal to land veteran starter Matt Morris, in return for outfielder Rajai Davis. The 32-year-old Morris might have been a nice pickup for a team in contention, but for the last-place Bucs the trade is something of a head-scratcher — at least on the surface.

The apparent lunacy of the trade intrigued me enough to ask our Pirates correspondent Cory Humes of Pittsburgh Lumber Co. for his no-holds-barred explanation. Here are his thoughts:

“Rajai Davis is, well, crap — he’s fast and that’s about it. His speed helps him a little in the field (he’ll take horrible routes to balls, but make up for it because he’s so quick), but not so much that I’d consider him an above average defender. He’d be an amazing basestealing threat if he had any instincts whatsoever — in the short time he was with the Pirates this year, I can’t begin to count the number of times he was picked off. And, despite being one of the fastest players in the league, he refuses to put the ball on the ground. He might — might — be a fourth outfielder in time, but the general sentiment around Pittsburgh is that he’s nothing we’ll miss. At 27, he’s not a prospect, and we’ve got two similar players — Chris Duffy and Nyjer Morgan — about ready to come back from injury.

As far as the young pitching goes — where is it? Duke’s hurt, Gorzelanny’s overworked, Snell hasn’t won in years, Shane Youman’s minor-league filler, John Van Benschoten, Bryan Bullington and Sean Burnett all need more time in AAA. Only Paul Maholm has pitched up to expectations — and ideally, he’d be our fourth or fifth starter. So yeah, we came into the year thinking we had tons of sexy arms, but they’re all M.I.A.

I don’t like the fact that Littlefield ate more of Morris’ contract than he reportedly needed to, but I don’t hate the deal altogether. If the Pirates are in a win-sorta-soon mode (meaning 2008 and 2009, before Bay, Sanchez, et al. leave via free agency), then this makes a bit of sense. Rather than try to sign someone like a Jeff Suppan or Gil Meche for four years and $40 million (or five and $55m), they got Morris for 1.5 or 2.5 years, depending on how long they’d like to keep him. If he pitches as he did earlier this year (or as he did in his first Pirate start — until the defense let him down), he’s not a horrible investment. He’ll stabilize the staff, eat innings, blah blah blah — the stuff that that type of pitcher is supposed to do.

I think the Pirates are planning on keeping Morris as a #3 starter (behind Snell and Gorzelanny) for 2008, trading Wilson (to the Tigers? for something reasonable?) and spending about $15m in free agency to boost the offense and defense. I’d guess a two-year deal to a center fielder, a cheap extension on Izturis and maybe one more surprise. “

Interesting thoughts. I suppose if a journeyman like Jeff Suppan can command $60M on the open market, a guy like Morris is a relative bargain — and without the 5-year commitment. If the Bucs are active during the winter in the free-agent market, and can find takers who over-value their young arms, then the Morris deal makes some sense. But they seem to have a number of holes to fill before moving up in the standings — even in the weak NL Central.

Who knows? Maybe A-Rod and Carlos Zambrano have always harbored a secret desire to play in Pittsburgh. Though even with those two additions, the Pirates might still be two or three players short.