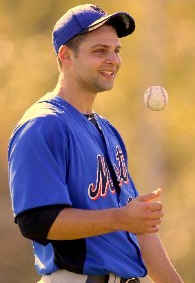 Back A Look into the Future: Top Shortstop Prospects
Next Spilled Milk Part One: What-If Trades In Met History