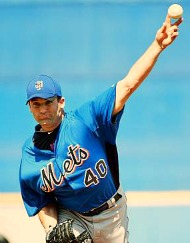 Back Spilled Milk Part One: What-If Trades In Met History
Next This is 1982