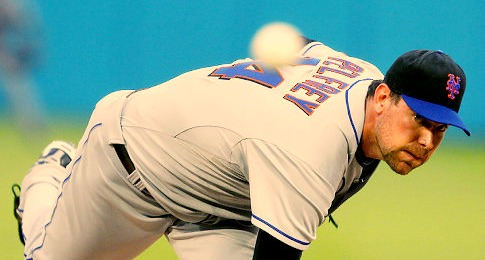 According to Anthony McCarron of The Daily News, Pelfrey “has already thrown 1,000 sinkers over the winter during workouts at Wichita State.” Presumably, Pelfrey believes that his inconsistency and failure to live up to his perceived potential over the last few years is due to his inability to command his sinker, and that an ability to do so will result in better performance. Maybe he’s right. From McCarron’s article:

His entire pitching life, he’s been able to make the ball sink, inducing ground balls from hitters. Last year, his pitches stayed high in the strike zone and Pelfrey believes that’s why he gave up a career-worst 21 homers in 1932/3 innings en route to a 7-13 record and a 4.74 ERA.

“I gave up way too many homers and that was a product of the ball being up a lot higher than I’d like,” added Pelfrey, who gave up 12 homers in 204 innings in 2010.

“Last year, it got to the point where it just wasn’t moving and I can’t necessarily explain why. It disappeared, but I’ve been throwing and there’s more action on the ball now.”

Some have opined that Pelfrey threw too many cut fastballs last year, falling in love with a pitch that isn’t as good as his sinker. Late in the season, he and pitching coach Dan Warthen discussed throwing his circle changeup more, something that Pelfrey also said he has gotten good movement on over the winter.

“We also talked about going back to the sinker and I feel like I’ve done that,” Pelfrey says. “I’m encouraged.”

If Pelfrey can regain command of his sinker, I do believe it can be helpful toward his 2012 performance. However, I think it’s only part of the equation. Much more important — in my humble opinion — are Pelfrey’s off-speed pitches. By “off-speed”, I am speaking specifically about his curveball and change-up. When Pelfrey has a strong start, it’s usually because he changes speeds and includes a generous mix of curves and change-ups into his repertoire. In his so-so and poor outings, you’ll see less off-speed and more sliders and cutters. So if it were up to me, I’d like to see “Big Pelf” working hard on one or both of his curve and change during the spring.

What do you think? Will improved command of the sinker be the key to Mike Pelfrey’s success in 2012? If his sinker looks good this spring, will it lead to a good year on the mound for him? Answer in the comments.