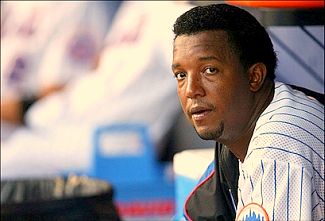 Pedro’s first start of 2007 takes place in Cincinnati on Monday afternoon amidst excitement all around — from the media, opposing teams, Mets fans, Mets management, and the Mets players themselves. We’ve heard reports on nearly every Pedro action (other than his bowel movements) since he began his rehabilitation from shoulder surgery a few months ago. Will he have enough velocity? Will he have his command? Will he be able to battle, and get by on his wits? Will he re-injure himself? What if he doesn’t do well? What if he DOES do well? The questions are endless, and many of them may be answered by tomorrow evening.

While you wait for the first Pedro appearance of the season, check out an insightful article about Pedro’s emotional rollercoaster in a recent edition of New York magazine. Follow this link: