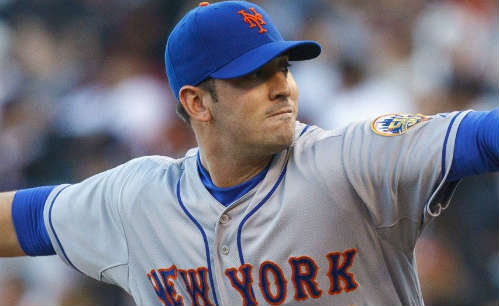 Hope died quickly for Mets fans after the 2012 All-Star Break, turning into despair. The season seemed all but lost, and in many ways, another step backward for the organization. That is, until Matt Harvey arrived.

Entering 2012, and as the year progressed, there was no argument as to the gems of the Mets farm system: they were Matt Harvey and Zack Wheeler. And, it was more or less assumed that Harvey was on the slightly faster track, likely being the first of the two to make his MLB debut. For sure, expectations were high that the two phenoms would eventually form a core that the Mets would build a pitching staff around. However, no one expected either of the youngsters to make much of an impact before 2014 — or 2013, at the earliest.

Matt Harvey was following the plan, right up to what even his AAA manager Wally Backman considered a premature promotion. Harvey was making his MLB debut ahead of schedule not necessarily because he showed he was ready, but because the Mets were simply out of arms. But something unusual happened: Harvey pitched better in MLB than he did in the minors.

Through ten stellar starts, Matt Harvey gave a glimpse of the bright future everyone’s been talking about since the Mets made him the 7th overall pick of the 2010 draft. Restricted by innings limits, Harvey tossed 59 1/3 innings, showing a shiny 2.73 ERA, allowing 42 hits, only 5 homeruns, and striking out 70 — a whopping 10.6 K/9 rate. His ho-hum 3-5 record was less his fault and more a factor of the flaccid offense and destructive bullpen “supporting” his starts. If there was a negative, it was the 26 walks, which worked out to a shade under 4 per 9 IP. Perhaps most impressive was his confidence and unflappable demeanor. He showed no fear, against anyone, and pitched with the same conviction regardless of situation.

Also extraordinary was seeing Harvey play the entire game; he’s not just a pitcher, he’s a ballplayer. He fielded his position adroitly, ran the bases with speed and intelligence, dropped bunts adeptly, and hit the ball as well as anyone. And by anyone, I include position players. After viewing the futile attempts of the Mets lineup in the final two months, my suggestion to start Harvey in left field on days he wasn’t pitching might have seemed half-joking, but in fact it was more like one-tenth-joking; only David Wright and Scott Hairston posted a higher OPS than Harvey’s .778.

After living through the disappointment of Paul Wilson, Jason Isringhausen, Bill Pulsipher, Grant Roberts, Mike Pelfrey, and other “phenoms” over the past twenty years, and seeing so many similarly labeled hurlers throughout baseball not realize their potential, I’ve conditioned myself to temper any excitement I feel creeping into my system when a young fireballer shows “electric stuff” on the mound. With Matt Harvey, though, I’m letting myself go, charging deep into the thickets of that mysterious dark forest of potential and expectations. I’m genuinely excited about Harvey, and can’t help but compare him to a young Tom Seaver, who was known for similar athleticism, competitiveness, and status as a ballplayer.

Unless something drastic occurs between now and April, I fully expect Matt Harvey to be filling out the back end of the Mets starting rotation. I don’t expect him to keep up the pace he established in his first ten MLB starts; in fact, I will be surprised if he can keep his ERA under 4.00 for the entire season. No doubt, there will be rough patches, adjustments, and stretches when MLB hitters make him look like another over-hyped phenom — mixed in with thrilling evenings of dominance here and there. But the excitement will be in watching him face adversity, find ways to overcome it, and grow as a Major Leaguer. It’s going to be a fun ride.

Back 2012 Evaluation: Dillon Gee
Next The Mets: An Off-Season Primer