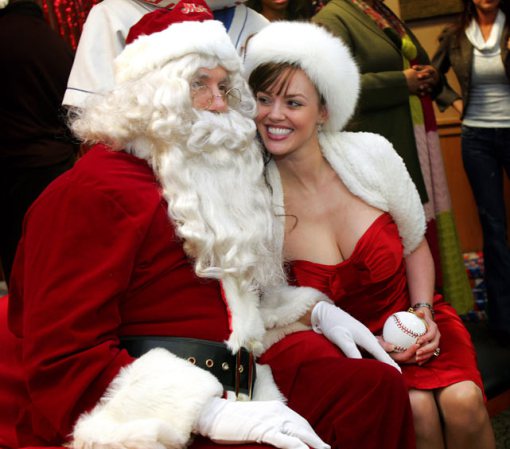 On this day in 2006, the Mets traded Anna Benson (and her husband) to the Baltimore Orioles.

In return for Anna and Kris Benson, the Mets received John Maine and Jorge Julio. Eventually, Julio was flipped to the Diamondbacks in late May for Orlando Hernandez. Had El Duque not suffered a cramped calf, perhaps Mets history would have been different.

In any case, Happy Send Anna Benson To Baltimore Day!