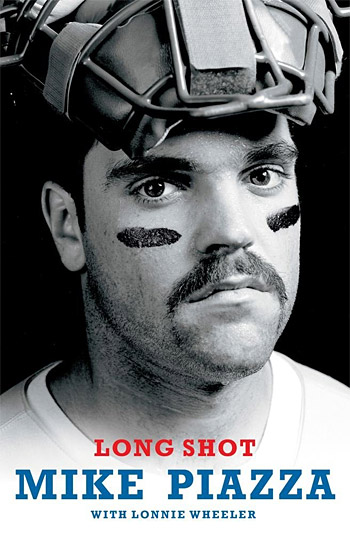 When you think of Mike Piazza, “Long Shot” is probably the furthest thing from your mind.  After all, he was the best hitting catcher in the history of baseball, he had Tommy Lasorda to help him into pro ball, he was a superstar in Los Angeles and New York, and he dated supermodels and married a Playboy Playmate.  Long Shot?  Sounds more like a sure thing.

Like many talented young athletes, however, Piazza was a long shot to make it into pro baseball, especially at a time when teams were looking for “tools” guys – athletic players who could do it all.  When Piazza was in his late teens, most scouts knew he could hit, but he was slow around first base – his primary position at the time – and not a good fielder.  It took a little help for Piazza to get his foot in the door, but once he did, he couldn’t be ignored anymore.

“Long Shot” covers, in almost painstaking detail, the former catcher’s early life, early career, and his time with each of his major league teams.

Permeating throughout the book, Piazza addresses what he calls the “drug culture” in baseball, and recounts several beanball incidents, including those with Roger Clemens.  If his memoir has a theme, these two subjects would be it.

Piazza conspicuously defends his own reputation throughout the book.  In addition to baseball, Piazza also made his High School golf team.  He wrote that the straps of the golf bag caused serious acne on his shoulder, which eventually spread to his back.  He said he had the same kind of reaction in pro ball when his chest protector rubbed his shoulders and back. 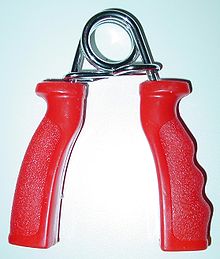 That was Chapter 3.  He didn’t specifically address the accusations by Murray Chass until Chapter 22.  Chass, who Piazza referred to only as “a certain baseball blogger,” observed that the acne on Mike’s back disappeared between 2002 and 2004.  Chass used this as evidence that Piazza had used, then stopped using, steroids.

“I frankly don’t know if my acne receded or not around that time; or if it did, how much or why,” Piazza writes, “But I know bullshit when I see it.”

Piazza also goes into detail about his workout routines.  When he was a kid, his father would roll up used Tastycake packages and have Mike squeeze them to strengthen his wrists.  From there, Piazza moved on to hand grippers and an exercise involving sledgehammers (something he learned from reading a book by Ted Williams).  He started reading muscle mags and hitting the gym.  Meanwhile, his father trained him to eat well.

In Los Angeles, he took his workouts to another level, trying to compete with the beautiful people on the beach.

Like most people who work out seriously, he eventually used supplements to avoid the inevitable “plateau” that occurs when bodybuilders stop seeing results.  Piazza emphasized that he took the supplements contained in GNC stores or in the Monster Pak, and nothing more.  He admitted that the Monster Pak contained androstendione, creatine, and amino acids.  When Piazza heard of the fuss over Mark McGwire’s use of andro in 1998, he stopped using it.  In 2004, it was banned by the FDA as a “precursor to steroids.”

While Piazza is forthcoming about this, and alleges to have used andro before it was banned, this will no doubt be a sticking point once again with hall of fame voters, who will look for any reason to keep steroid-era sluggers out.

I believe Piazza when he says he never used banned substances.  And if it comes out a few years from now that he used PEDs like McGwire did, then I’ll be the first to eat my hat.

During an interleague game in the 2000 season, Yankee pitcher Roger Clemens fired a two-seam fastball at Mike Piazza’s helmet.  The beaning knocked Piazza out of the game, and created a firestorm between him and Clemens that the media ate up.

Piazza admits to taking karate lessons to prepare himself for a potential brawl with Clemens.  He described how, in that season’s World Series between the Mets and Yankees, Clemens threw a shard of Piazza’s broken bat in his direction on a foul ball.  Piazza menacingly approached Clemens, but never charged the mound.  NY sportswriters accused him of doing a “hold me back” routine.  Piazza explained that 1) he didn’t want to get thrown out of a World Series game, 2) if he got his ass kicked at Yankee Stadium (a possibility with the roided-out Clemens) it would have been disastrous, and 3) Clemens didn’t prompt him. 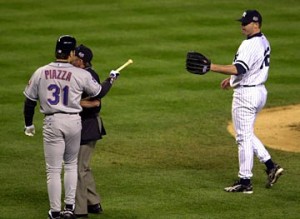 “Why don’t you throw the handle at me, too?”

Piazza wrote that he usually needs some inflammatory words from the pitcher to convince him to charge the mound.  In response to Piazza asking him what his problem was, Clemens simply said he thought it was the ball.  As ludicrous as that is, he didn’t challenge Piazza – he played Mr. Innocent.

One gets the feeling that Piazza either regrets not confronting Clemens right then and there, or still feels the need to explain himself.  He recounts several more beanball issues – with Pedro Martinez, Guillermo Mota, and Julian Tavares.  In each case, he was questioned, often by the pitchers themselves, why he didn’t charge the mound, or against Clemens in the World Series.

In his final big league season, a fan in Anaheim tossed a water bottle at Piazza while he was on the Oakland A’s on deck circle.  He decided to press charges against the fan.  “My response might have been extreme, but things had piled up and I‘d had enough,” Piazza wrote.  “I was going to make this guy pay for all the…insults, rumors, baseballs, whatever – that people had been throwing at me for twenty years.”

Piazza had shown class in confrontational situations, whether it was the beanball incidents, the accusations that he was gay, his friction with the Dodgers front office or the Wilpons, but his frustrations boiled over after that incident.

Speaking of the Wilpons, Piazza goes into detail about how badly Fred screwed over Nelson Doubleday, how conservative Fred was with money (ironically, considering his recent financial decisions), and how Jeff wanted him to play, despite an injury, on Mike Piazza bobblehead day.  But while he rightfully criticized the Wilpons, he asserted that he wanted to enter the Hall of Fame as a Met.

Piazza wouldn’t have been a major leaguer if Tommy Lasorda – a friend of Mike’s father and Godfather to Mike’s brother – hadn’t pushed the Dodgers to draft him as a courtesy pick.  Lasorda also pushed him to move to catcher, where his lack of mobility wouldn’t be a problem, and where he would provide more value to a major league team.

It was in the Dodgers minor league system where Piazza learned to play with anger, a trait that seems to be common in most successful ballplayers (Also a common theme in the memoirs by Ron Darling and R.A. Dickey).  The dismissal he felt from his early minor league managers gave him a chip on his shoulder that he never completely lost as his career went on.

As bigger-than-life and cool as Piazza always seemed on the field, “Long Shot” makes you think you can relate to Piazza, especially if (as many of us Mets fans are) Italian Catholic kids who grew up in the suburbs of a large east coast city.  Of course, that’s where the similarities end.  But it’s that human connection that makes this memoir – like many others – so readable.

From the batting cage his father built in the back yard of the Piazza residence in Phoenixville, to the time Ted Williams paid him a personal visit, to the wrist strength he built that allowed him to hit colossal home runs he could hit to any field in any situation, Piazza was destined to excel at the game of baseball.  He knew it and his father knew it, and he didn’t rest until he convinced the rest of the baseball world.

Back Mets Worst in NL East at Every Position?
Next Mets vs. Astros Notes