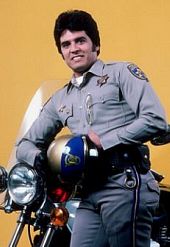 Omar Minaya has pulled off the impossible: he found a taker for Guillermo Mota.

Oh, but it gets better — Minaya managed to obtain a live human being with some baseball skill in return.

The Mets traded Guillermo Mota to the Brewers for catcher Johnny Estrada in a deal that may or may not help both teams.

On the surface, it looks like the Mets have their 2008 catcher and the Brewers have an extra arm in case they lose both Francisco Cordero and Scott Linebrink via free agency. Not so fast, however,

It was generally expected that the Brewers would non-tender Estrada in a few weeks, so his exit is not mind-blowing by any stretch of the imagination. In fact, the Brew Crew is on the brink of signing free-agent catcher Jason Kendall, so the writing was on the wall. So before you go thinking, “what are they crazy for taking Mota?” the fact is, it was either get Mota or nothing at all in return. Yeah, I know, the latter seems more effective. But, Mota does provide last-gasp insurance for their bullpen depth.

Additionally, I wouldn’t get so attached to Estrada just yet. My guess is that he, also, is an “if all else fails” option — and a pretty decent one at that. I would not be surprised in the least to find out that Omar is still working the phones for someone such as Ramon Hernandez, and if he can pull of a deal, to then see the Mets non-tender Estrada when the time comes. Having a veteran catcher in place makes trade negotiation much easier with other teams — the Mets’ desperation has been removed.

Assuming there is no other deal, Estrada makes a lot of sense from several points of view, and in my mind is a better option than Yorvit Torrealba. First, the negatives: Estrada is not a very good defensive catcher — he was last in the league in throwing out runners (13% … ironically, Torrealba was second-to-last). He is also damaged goods, having just had knee surgery. Further, for a guy who is supposed to be an offensive catcher, he hit only .278 last year with a horrible .296 OBP (patient, he’s not). Add to that the fact he may or may not have punched his manager in the nose during this past season, and that he’s been traded three times in three years … well, something must be wrong with him, right?

But now the positives: Estrada is a one-year commitment, a stopgap if you will. He’ll likely cost around the same $3.5M he earned last year — pretty cheap. And before dropping off last year, he was a fairly consistent .300 hitter with some pop, hitting about ten homers a season. His ability to switch-hit is nice, and guess what — he’s generally better from the left side, hitting .283 from that side in his career, as opposed to .269 as a righty. That means he’d be an ideal platoon partner for Ramon Castro.

So now the Mets have a decent catcher … or catching tandem … if all else fails. But my money is on Omar to keep calling and to bring in someone even better before the winter is over.

Back Under the Radar: Joe Nelson
Next Victor Diaz DFA’d