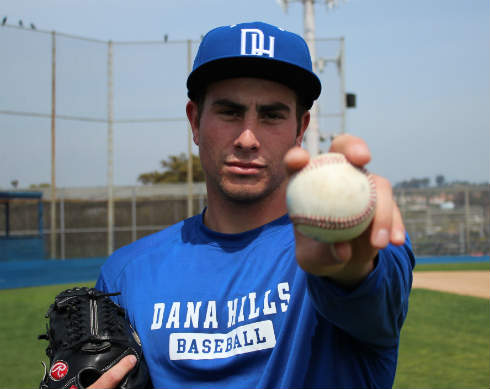 According to various sources, the Pittsburgh Pirates have sent minor-league lefthanded pitcher Blake Taylor to the Mets as the player-to-be-named-later to complete the Ike Davis trade.

Here are all the deets on Taylor:

A second-round pick of the Pirates in last year’s June draft, Taylor is still only 18 years old, turning 19 on August 30. Through 8 games in the Gulf Coast League this spring, Taylor has pitched in 8 ballgames, starting 7, 21 IP, 7 H, 9 BB, 13 K, 2.57 ERA. Certainly, not a large enough sample size to get any idea of who Taylor may become. But it’s not about his numbers, but rather, his “projectability.”

This is what Keith Law of ESPN said about Taylor last year:

“Lefty Blake Taylor is a two-pitch guy who has reached 94-95, has a projectable frame and can spin a curveball that’s already close to average.”

From Baseball America, who rated him as Pittsburgh’s #18 prospect after the 2013 season:

Taylor throws from a three-quarters arm slot, which makes it difficult for lefthanders to pick up his pitches. He also has the projectable frame that ought to allow him to increase his velocity as his body fills out. Taylor’s fastball sits at 89-91 mph, though he topped out at 94. He throws a big-breaking curveball that will likely become his out-pitch as he gains experience. His changeup, though, needs quite a bit of work. While Taylor has a relatively clean delivery, his biggest problem is command and control.

The Pirates love drafting tall, projectable high school pitchers once they get out of the first round. Taylor doesn’t quite fit into the same category as the much taller Nick Kingham (6’5″) and Tyler Glasnow (6’7″), but at 6’3″ he could see the same type of development (although those players were much thinner, where as, at 220 lbs., Taylor is already much more physically developed). The point is, the Pirates like to take their chances on these types of players because when they pan out, the payout is much greater than the initial cost. He doesn’t have the highest ceiling, with a low-90’s fastball and potential curveball that profile him as a mid-rotation starter at best, and being just 18, he’s still incredibly far away from the majors. Those facts make him a possible trade candidate, but the Pirates tend to want to hold on to these guys in hopes of reaping the developmental benefits themselves.

From PiratesProspects, which is a fantastic resource for Pittsburgh’s minor leaguers:

Taylor throws his fastball in the 89-92 MPH range with good movement. He has touched mid-90s with the pitch in the past, and could eventually get to the point where he is sitting low-to-mid 90s as a starter. The one downside to his fastball is that he lacks command of the pitch, leading to some control problems. The Pirates do a good job of teaching fastball command in the lower levels, so Taylor could benefit from that focus in 2014.

He pairs the fastball with a curveball that could be considered a plus offering. Taylor started off strong this year in the GCL, limiting hits and putting up good strikeout rates in his limited time in the GCL. Taylor doesn’t have much of a changeup right now, although that is another area where the Pirates have had success with younger pitchers.

Not only did Taylor dominate in the GCL, but he had some great numbers in his senior year in high school. He put up a 2.57 ERA with 59 strikeouts in 11 starts. Baseball America rated him as the 32nd best pitcher in the draft. He was a 2013 Rawlings third-team All-American, as well as a California All-Region First-Team selection. The Pirates getting Taylor at pick number 51 was a value pick, considering that he had the talent to go at the end of the first round or in the compensation round.

Overall Taylor has a good fastball with the frame to add velocity and one day sit in the low-to-mid 90s. He has the makings of a plus curveball to pair with that fastball. He’s going to need work on his fastball command and changeup. Those are two big priorities in the lower levels of the Pirates system, so it’s likely he will spend the next few years focused on improving those two pitches. If he can improve in those two areas, he’s got the upside to at least be a middle of the rotation starter. He would have even more value to the Pirates as a lefty in PNC Park.

Taylor is several years from the majors. He’s got a lot of talent, but right now he’s highly projectable. Because of his age, he could go back to the GCL in 2014. It’s also possible that the Pirates could send him to Bristol to give him a bit more of a challenge. They usually don’t send prep pitchers to Jamestown unless their changeup is developed enough for that level, and that is unlikely to be the case for Taylor. He could spend a year or two in short-season ball before making it to West Virginia for a full season league. If the fastball command and changeup develop sooner, rather than later, he could be on a faster track to the big leagues.

A retarded Barbarian that chops off the fingers of innocent boys for pleasure. On certain days can release a rancid aroma of …

Here is a video of Taylor found on YouTube:

And one from MLB.com:

Oh, and as far as I can tell, Blake Taylor is NOT related to Jake Taylor — though, a crusty old veteran catcher might be exactly what young Blake needs on his road to the big leagues.