The Mets lineup, courtesy of the team’s media relations department:

By the way, I won’t have time to post Mets links today… If you see any interesting links out there, post them in the comments section and I will take a look for tomorrow morning’s link post.

213 Miles From Shea – Elliot Teichman has a rundown of June promotions being offered by Mets’ minor league affiliates.

Loge 13 – Kingman has a 1964 issue Popular Science magazine about Shea Stadium – the “convertible” stadium of the future. (via Hot Foot)

And finally, Read the Apple has compiled a “tribute” video to celebrate the brief time Mets fans had with recently DFA’d Gary Matthews, Jr.

Wall Street Journal – Tim Marchman announces the inductees to the Mets Hall of Fame of Bad Pitching Contracts.  With the exception of Pete Harnisch, they were all signed after 2002.

Amazin’ Avenue – Alex Nelson thinks the aforementioned Chris Sale is an interesting option, but mechanical issues could result in shoulder problems down the road. Nelson thinks Sale could wind up as a reliever.

Bleacher Report – Are the Phillies finished? Not so fast, says Jamie Ambler.

Baltimore Sun – The Orioles fired manager Dave Trembley yesterday. Former Mets disaster Juan Samuel will take over in the interim. I had forgotten that Samuel managed the AA Binghampton Mets in 2006. Good luck, Juan! We’re proud of you!

And here’s some video of Chris Sale, via Baseball America and Amazin’ Avenue:

Friday Morning Links (Dan Murphy Out For the Season Edition) MetsToday – Joe Janish (that’s not me!) shares his thoughts on the Mets’ mishandling of the Dan Murphy situation.

ESPN New York – The aforementioned Feliciano had two hits in a 7-1 loss to Syracuse. He leads the league with a .388 average.

213 Miles From Shea – Elliot Teichman points out that Aaron Heilman is the best thing going in the Arizona Diamondbacks’ bullpen. Yeah, seriously. The things you learn from watching the MLB Extra Innings package…

The Daily Stache – Frank Gray has a list of five things the Mets must do to contend this summer. Although, it looks like the Mets will contend no matter what they do (or don’t do).

TheRoPolitans – Andrew Vazzano to the rescue with one of Jerry Manuel’s all-time greatest quotes.

And here’s a video of Dan Murphy giving a hitting lesson to SNY’s Kevin Burkhardt: 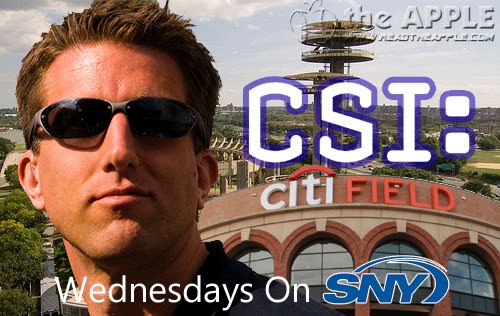 Bergen Record – Bob Klapisch says the Mets are “too cheap and too gutless” to stand up to Oliver Perez, who he calls a “weasel.”

The Sporting News – Carlos Beltran may be close to returning. No surprise there – he’s been getting closer to returning for about a year now, depending on who you believe. The interesting thing is the Mets are floating the idea of bringing him back as a right fielder. Glad I have Angel Pagan on my fantasy team.

ESPN – Adam Rubin warns that everything in the link above and any talk about Beltran returning soon may be a tad premature. Translation: Nobody knows when Beltran will begin his rehab. Glad I have Angel Pagan on my fantasy team.

213 Miles From Shea – A list of Mets promotional giveaways in the month of June. With pictures!

The Daily Stache – Scott Ilowite thinks Dan Uggla might be a good fit for second base. Interesting take.

And in honor of Daryl Strawberry’s recent appearance in the Mets clubhouse, enjoy some “Chocolate Strawberry”:

Not much big news. Ollie is dominating much of the Mets talk today… Luis Castillo is still injury prone… Here we go:

MetsBlog – Matt Cerrone points out that Jon Heyman thinks Oliver Perez will be with the Mets for the foreseeable future.

New York Mets Report – John Delcos points out that no matter how bad it looks, Perez is simply exercising his contractual rights. You can blame Omar for that.

NY Post – Mike Puma reports that Luis Castillo’s right foot has caught a case of the ouchies from his left foot. This is not good. Now Castillo is going to have to learn to be a scrappy second baseman while playing on his hands… or a DL stint could be in the offing.

NY Daily News – Sources close to the Mets insist the Mets were never close to replacing Jerry Manuel with Bob Melvin. Does anyone actually believe that?

Sportsnet.ca – Sportsnet is reporting that the Pirates have traded for recently DFA’d 26-year old southpaw Dana Eveland. Eveland has been awful recently for the Blue Jays, but you have to wonder if the Mets considered trading for him. For the record, the Pirates gave up a minor league reliever for Eveland.

ESPN-NY – Mark Simon shares all kinds of stats and significant developMETS. For example, why Johan Santana and David Wright are going in different directions, and how Angel Pagan and Rod Barajas are two of the most surprising players over the last month.

So… last night’s game didn’t turn into the pitcher’s duel that I kind of hinted at in yesterday’s Open Thread. Well, get ready for my next prediction… I predict it’s time for Mets links:

Brooklyn Met Fan – Adam Salazaar is trying to put a positive spin on last night’s record-setting 18-6 loss to the Padres at Petco Park. TO THE PADRES! AT PETCO!

OnTheBlack – Kerel Cooper hands out his own personal Player of the Month award for the month of May. And the winner is…

The Daily Stache – Matt Esposito looks at the options the Mets will have on draft day.

Amazin’ Avenue – Regardless of what you think of Jerry Manuel, you will get a good laugh out of “Jerryball: The Art of Giving Away a Game.”

And if you caught the Senior Professional Baseball Association over the weekend (click here), then you might wanna check out this CNN report from the league’s Opening Day:

Note to kids: That ATM-looking machine behind the reporter in the last shot is what humanity loosely referred to as “personal computers” in 1989. No joke.