Pitching to the Strings

One of the things pitchers do in spring training is pitch to “the strings”.

Considering today’s technology, it may appear to be a rather primitive setup — all it is, after all, is a special bullpen set up with pairs of wooden posts driven into the ground, and a string attached in between. The key is the height of the string — it’s placed where the average batter’s bottom of the strike zone would be. The idea is to get pitchers to throw strikes “at the knees”.

Here are some photos of that special bullpen area, where Mets pitchers spend a good portion of their workday. 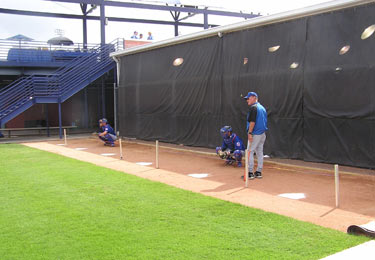 Catchers squatting behind the strings. 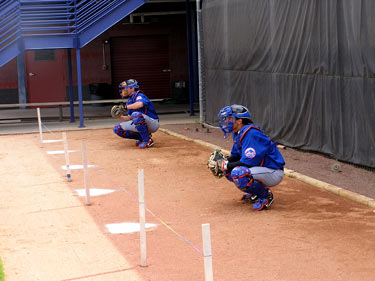 John Maine throws to the strings while other Mets pitchers wait their turn. 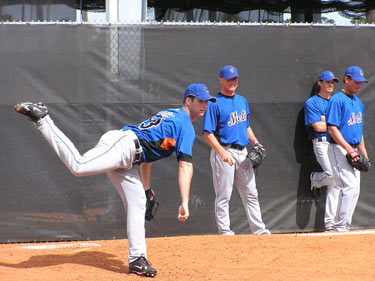 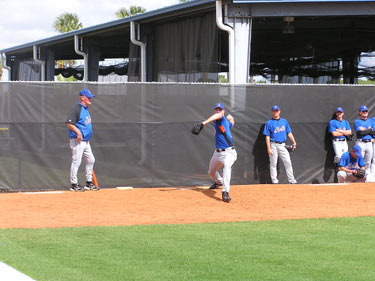 And here I am, right next to the ‘pen, trying not to get pelted by an errant pitch and trying not to be arrested. Everything was going fine until I tried to tell Conti that Maine was opening up too soon and that he needed to increase everyone’s pitch count … a few minutes later some men in dark sunglasses escorted me to the parking lot, which turned out to be a blessing in disguise because I got some nice shots of Pedro’s hubcaps. 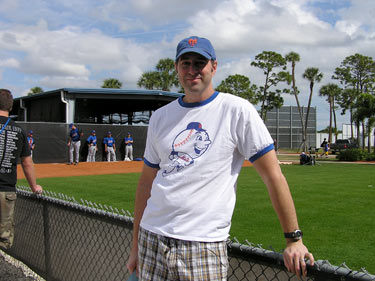