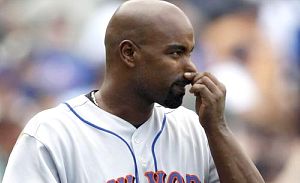 Notice none have to do with Willie the Scapegoat.

6. Ambiorix Burgos out for the year. A middle reliever with a 100-MPH fastball would have been helpful.

7. Carlos Beltran is not A-Rod (though the paychecks are similar).

Back Mets Fire Phillips
Next Seven Steps to Salvage the Season