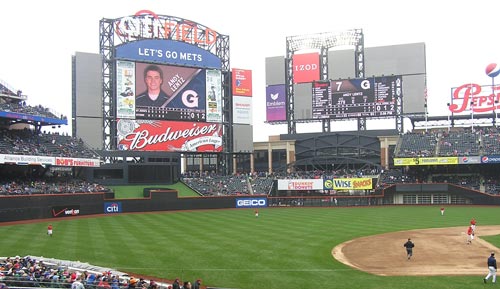 Take a good look at the field. Is there something about the “decorations” that give you a minor league feel?

Maybe if I show you some closer shots, you’ll see what I mean … 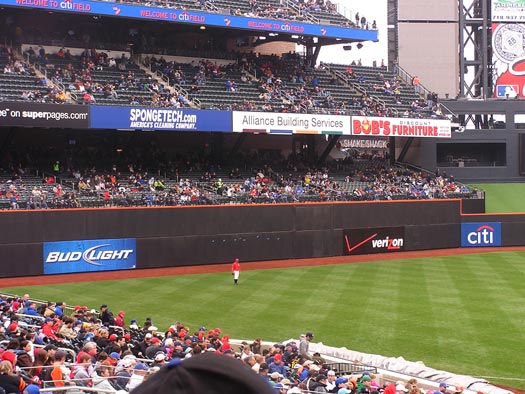 Below is a shot of the bullpen, which I imagine will get a lot of TV time. 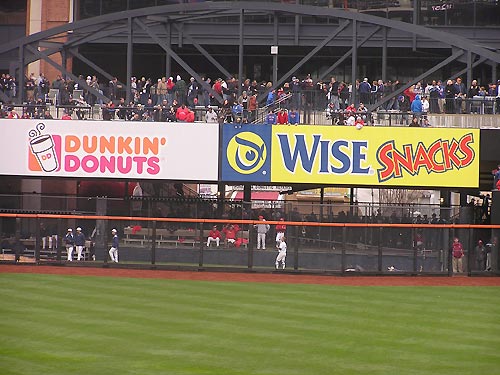 Is it me, or are the ads all over the park a little more obnoxious than they were in Shea Stadium? 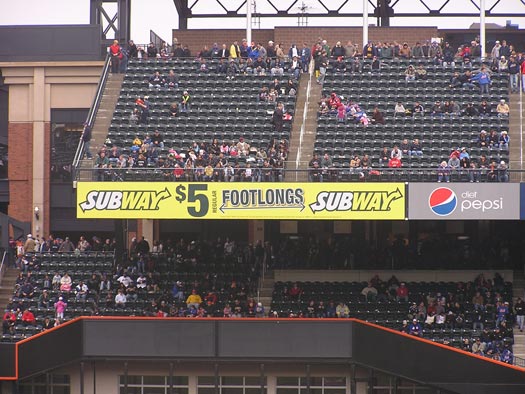 I know the team has to make money, and I know an obvious and lucrative revenue stream is selling signage and ad space throughout the stadium. However, does it have to be so obtrusive and disparaging to the ballpark decor? It reminds me of being in a minor league ballpark, or a wooden fenced “stadium” in the Mexican league.

Maybe next we’ll be seeing sponsors on the Mets uniforms (Chico’s Bail Bonds?) OH WAIT — there already IS an advertisement on the Mets’ uniform!

In the next post, we’ll point out a glaring omission when it comes to advertising.