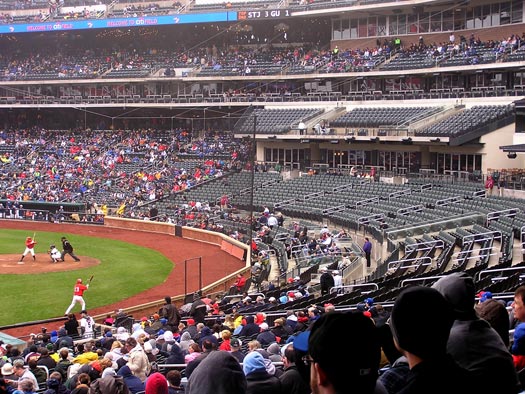 If you are a longtime MetsToday reader then you probably know I’m a catcher, and as such I think the seats behind home plate are the best in the house — any house.

Of course, in many stadiums, they’re also the most expensive seats, and rarely if ever available to the average joe (pardon the pun).

As you can see from the above picture, and the ones below, those seats are off-limits even when the stadium is hosting a college game on a cold wet day at the end of March. 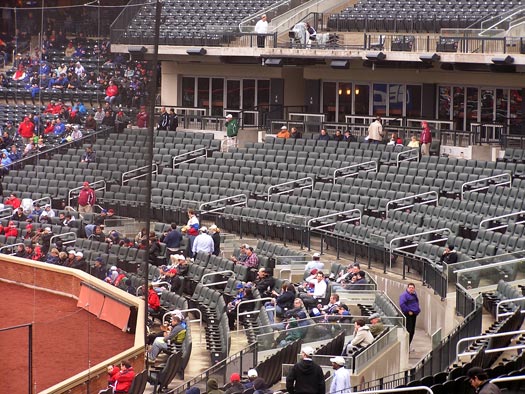 All those beautiful seats, empty … sigh …

Those seats are for the corporate sponsor VIPs, cousins of the Wilpons, and other richie riches who have the dough to lay out for a Delta Club Platinum season ticket (almost $41,000, at an average price of about $500 per seat per game).

Which is fine, that’s the way it works, and so what we commoners do to see the game from that vantage point is sneak a peek at a few pitches through the opening above those seats, which is usually opposite a concessions stand. Just one problem: that opening doesn’t exist. In the way is the exclusive Ebbets Club. But hey, you can get into there for a measly $200, and watch the game while sipping a Grey Goose martini. Fabulous! 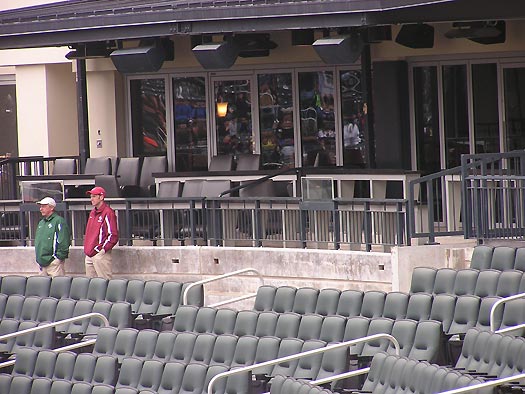 Just above the Ebbets Club are more seats which look to be attached to luxury boxes, so no chance of sneaking a peek there, either. 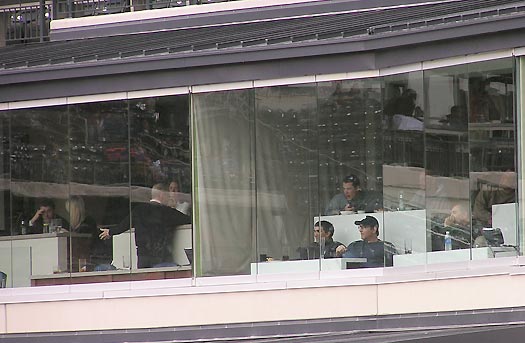 Just above the luxury boxes look to be a bunch of seats — though I have no idea about availability — and then what looks like the press box. It also looks like the TV cameras will be up there as well as the broadcast booths. 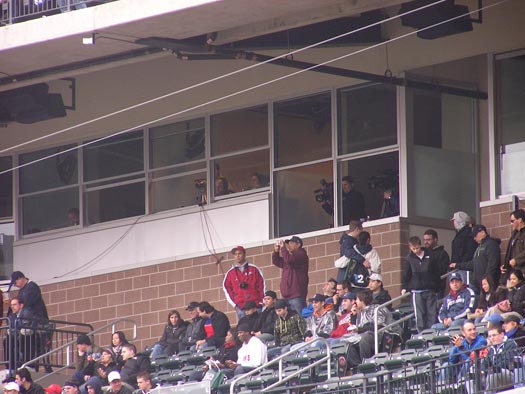 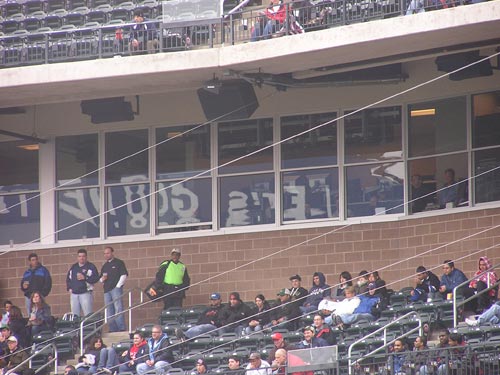 But, it does like there are seats for the common man above the press box, and I imagine you’d be able to sneak a peek from up there. So, although you can’t get a look at a Major League curveball from BEHIND home plate, you can kind of get an idea of what one might look like from a spot about 200 feet ABOVE home plate. We’ll take what we can get, us poor folk.