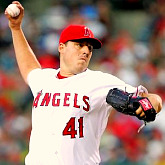 Back The Big Fix and the General Consensus
Next Championship Puzzles: Transactional Leadership