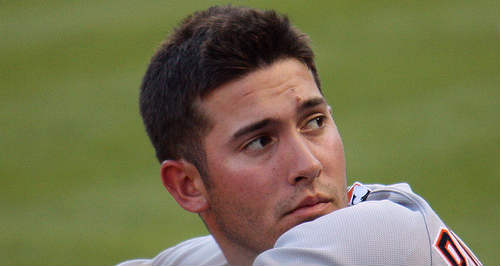 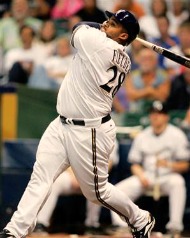 This afternoon the Mets face Justin Verlander, who will have 8 fielders from the Detroit Tigers standing around him and a DH from that same team hitting for him. The Mets will send this lineup to face the King and His Court:

If you are wondering why Pridie is starting in RF and batting second, it is because Justin Verlander has NEVER retired Pridie (though, he’s never faced him, either). Additionally, Willie Harris has returned to NY to tend to his wife, who is 5 months pregnant and going into labor. Our thoughts and prayers go out to Willie, his wife, and the baby.

What do you think — is Lucas Duda going to go ape on Verlander? If so, the confidence boost could transform Duda into a legitimate monster going forward.

Thanks goodness for the Mets’ special teams and dominance by the defensive line, or this game might’ve gotten away.

Here is the lineup Terry Collins will send to the plate against Tigers lefthanded pitcher Phil Coke:

Finally, the Mets break the Flushing 500, and do it with a flourish.

According to Jason Beck on Twitter, the Detroit Tigers have signed Omir Santos.

The former Topps All-Rookie Team catcher took a minor-league contract and will be insurance behind Victor Martinez and Alex Avila.

A few weeks back, Sandy Alderson mentioned that the Mets needed some catchers. With Santos leaving for the Detroit system, the next backstops on the depth chart behind Josh Thole are Mike Nickeas and … hmmm … not sure … Kai Gronauer?

The bright side: the Mets won the series.

Also on the bright side: the Mets kept fighting through the very end of the game, despite falling behind early.

Hisanori Takahashi allowed 6 runs on 8 hits and 4 walks in 4 innings. He did strike out 4, though, so there was that. A few of the Tigers seemed to be looking for and sitting on the changeup — particularly Magglio Ordonez, who redirected one over the fence.

In a terrible dose of bad luck, the Mets demoted LOOGY / long reliever Raul Valdes prior to the game to make room for Josh Thole, who was needed as a backup with Rod Barajas suffering with a back problem. If Valdes were on the club, it’s possible he would have relieved Tak before the damage was done. At the same time, I’m not convinced that Valdes would’ve made a difference — for all we know, he would’ve tossed more gas on the fire. It’s not like Valdes reminds people of Sparky Lyle out of the ‘pen.

Jesus Feliciano went 3-for-5 with a double and two runs scored while filling in for Angel Pagan, who is suffering from spasms in his rib cage. However, Feliciano took it easy in running from second to third on single by David Wright in the fourth, and he might’ve made it all the way home had he busted it. It’s the little things, folks …

David Wright had two hits and an RBI, which was his 20th run against the American League this year — breaking the club mark for interleague RBI in a single season (previously 19 by Mike Piazza in 1999). Wright’s 57 RBI are the most in the National League, and he also leads the NL with 23 RBI in June.

Chris Carter had an RBI single in the 7th after entering the game as part of a double switch when Takahashi was removed. Carter is now 5-for-10 with three extra-base hits and 12 RBI with RISP this year. Not too shabby, eh?

Carter drove in Ruben Tejada, who had another single and in turn extended his hitting streak to 8 games.

The Mets host the Minnesota Twins for a three-game series this weekend in Flushing. Game one begins at 7:10 PM. Mike Pelfrey faces Kevin Slowey.