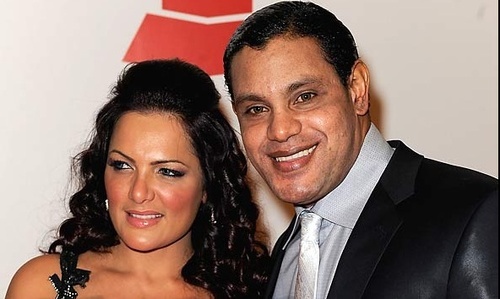 For a brief time early in his career, Sammy Sosa was a “Palehose” — meaning, a member of the White Sox. Now, he’s a “pale face” — meaning, literally, his face has paled.

The picture here is a recent one of Sammy Sosa — yes, THAT Sammy Sosa (is there any other?) — taken on November 4th during the Latin Grammys at the Mandaly Bay Casino and Resort in Las Vegas. His skin is now frighteningly white, his eyes are green, his hair unkinked. How and why is Sosa suddenly so pale? Here are some explanations:

1. He never got around to removing his Halloween costume (he’s been known to leave the Christmas tree up through early March).

2. Due to a loss in translation, he thought the event was costume party commemorating the death of Michael Jackson.

3. He arrived at the event directly from shooting a remake of MJ’s “Thriller” video.

4. He intentionally altered his appearance in the hopes that scouts would believe he’s actually “Pedro Samuels”, the 25-year-old listed on his new Dominican birth certificate.

5. Angered by the miniscule size of his pasta dinner, he engaged in a flour fight with Wolfgang Puck in the kitchen of Trattoria del Lupo.

6. He heard that having white skin would mathematically elevate his chances for the Hall of Fame.

7. He charged the mound in a winter league game and was pelted with the rosin bag. 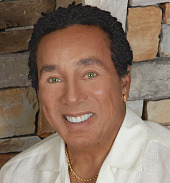 8. He recently became obsessed with the sweet sound of Smokey Robinson, and yearns to be his doppelganger.

I know, I know … this has nothing to do with the Mets, but since Sammy Sosa has always had a personal connection to Omar Minaya (who supposedly discovered him in San Pedro de Macoris), I can kind of get away with mentioning this update here. Ultimately, it’s hard to ignore such a bizarre story.

Back To All You Yankee Rooters
Next 2009 Analysis: Wilson Valdez