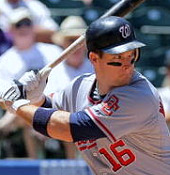 Back This Quote Says It All
Next Would You Want Pat Burrell?