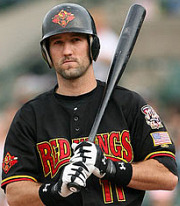 Back Hearn for Cone Revisited
Next Mike Jacobs Returns to Mets