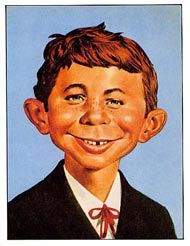 For most of the winter, I’ve been whining, opining, and complaining about the Mets’ inability to address the concerns of their ballclub.

However, now that pitchers and catchers have reported, hope springs eternal, and all of my worries have subsided. After all, we keep hearing wonderful, reassuring quotes from everyone in Port St. Lucie.

Kelvim Escobar’s arm does not worry me, because he CAN in fact “grip a baseball”, and is only experiencing “weakness”, rather than pain. Further, he says that he is going to be fine. Whew!

I’m not worried about Jose Reyes, because he says he’s happy to be here!

I’m not worried that Carlos Beltran expressed displeasure with the way the Mets handled his injury and surgery, because he also said that he is no longer upset.

I’m also not worried because …

Jose Reyes says he’s happy to be a Met!

Sandy Koufax said that Oliver Perez has talent. What else would I need to hear?

Jason Bay says that the Mets’ roster is filled with talent.

Angel Pagan said that the Mets have a great team on paper.

Angel Pagan also says he has learned from his baserunning mistakes.

Everyone and his brother says that the Mets should be good as long as everyone stays healthy.

Rod Barajas said that the Mets were always his first choice.

Luis Castillo says he lost a few pounds in the offseason and is looking to get back to Gold Glove caliber defense.

Keith Hernandez said that Daniel Murphy has the tools to be OK at first base.

Mike Pelfrey says he’s unhappy about his 2009 performance, and he’s going to establish a secondary pitch.

John Maine has assured us he’s healthy and ready to go.

Jason Bay says he has no worries about Citi Field affecting his game.

Jerry Manuel said the Mets will work on their fundamentals.

Jerry Manuel has also said the goal is to improve their “interior defense”.

Johan Santana says that he is the best pitcher in the NL East.

David Wright whispered said that the Mets’ goal is to win the World Series.

He won’t say it, but Jose Reyes is a modern-day E.F. Hutton.

Considering all of the above — particularly, what everyone has been saying — I am feeling very confident in the Mets chances in 2010. Bottom line is this: as long as I keep hearing good quotes, I have nothing to worry about.

Back Committing Blasphemy
Next Is That a Balk?