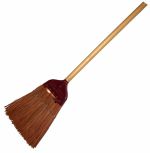 It’s not a good week to be a Mets starting pitcher.

John Maine matched Cole Hamels nearly pitch for pitch, throwing seven strong innings, allowing two runs on six hits and no walks, striking out two. Personally, I would have let him pitch the eighth, as he looked very strong in the seventh despite throwing 98 pitches. However, Willie Randolph opted to pinch-hit for him in the bottom of the seventh, as the Phillies had Chase Utley due up third and Ryan Howard fourth in the 8th. As it turned out, Damion Easley pinch-hit in a bunt situation, popped two attempts foul, and ended up striking out.

Meantime, Hamels was like a lefthanded steamroller, flattening the Mets bats for five innings, with no sign of slowing down. However, in the sixth, he began throwing wild high. Ben Johnson led off with his second single of the game, but was erased when Carlos Beltran hit a hard ground ball to Jimmy Rollins for a double play. Carlos Delgado came up next and hit a solo bomb into the parking lot beyond rightfield, and David Wright followed with a deep fly to center that appeared to bounce off the top of the wall. Wright ended up on third, but on-deck hitter Paul LoDuca alerted the umpires to the replay on the scoreboard, which showed that the ball actually deflected off an advertising sign behind the wall — which would make it a homerun. The umpires had a three-minute conference, and ruled the blast a homer. Phillies manager Charlie Manuel came out to argue and wound up ejected. Nonetheless, the homer stood, and LoDuca jumped on the first pitch from Hamels for the third consecutive homerun of the inning to put the Mets ahead 3-2.

Pedro Feliciano induced the first two outs of the eighth, but walked Utley and Randolph brought Billy Wagner in for a four-out save. Wagner walked Ryan Howard, but struck out Aaron Rowand to end the inning.

Then in the top of the ninth, Pat Burrell led off and worked the count full before mashing a fastball over the fence in deep left-center to tie the game three all. Wagner retired the next three batters without incident, but the damage was done.

The Mets couldn’t score in the bottom of the ninth, and Randolph decided to give the game to the Phillies by bringing in Scott Schoeneweis. My guess is that Willie’s plan is to give the Phillies a sense of false confidence by sweeping the Mets at home. There’s really no other explanation behind inserting “The Show” for a third straight night. As if the game were following a prewritten script, Jimmy Rollins led off the inning with a line-drive single, was bunted to second, and scored on a line drive double by — who else — Chase Utley. At that point, Joe Smith was brought in, but he allowed a single to Aaron Rowand to score Utley for an unneeded insurance run. As if that weren’t enough, Pat Burrell followed with a double to put the game out of hand.

Naturally, the Mets went down one-two-three, looking about as formidable as a wet rag.

Can’t decide which Phillie I hate most — Rollins, Utley, or Burrell. I guess it’s OK to hate them all equally.

Ben Johnson had two first-pitch hits, but struck out in the ninth with two outs and runners on second and third.

Carlos Gomez also had two hits in the game, neither of which amounted to anything substantial. He also stole a base, his fourth of the year.

Other than the flukey sixth, when the back-to-back-to-back homeruns appeared out of nowhere, the Mets did absolutely nothing on offense. They had trouble reaching base, could not advance runners, and failed miserably in clutch situations. I think this is what one would call “pressing”.

Back Chan Ho: Gone But Not Forgotten
Next MLB Draft: Mets’ First Eight