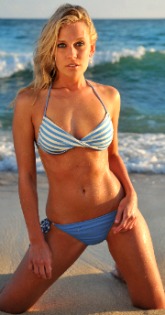 Upon closer examination, however, an equivalent deal for the Mets would have looked something like Ike Davis, Jenrry Mejia, Cesar Puello, and Ruben Tejada. Now, I know even those who defend this deal from the Royals perspective might think I am exaggerating, but hear me out on this one.

Don’t expect Escobar’s BABIP, however, to be as low as it was last season (.270), considering his minor league track record, 21.6% LD rate, and the fact he has some decent wheels. A .300+ wOBA is probably more reflective of his performance last season. Let’s not forget he was also ranked the 12th best prospect in all of baseball coming into last season.

Plus, Davis’s impressive WAR can be largely attributed to having saved over 10 runs on defense last year. As we know, UZR is notoriously inconsistent from year to year. Yes, Escobar might never develop into an offensive force, but those same doubts apply to Davis.

Jenrry Mejia (Jeremy Jeffress): Jeffress is a short, hard throwing right-hander with electrifying stuff, but lacks a true third pitch and is prone to struggling with command. Remind you of anyone?

Jeffress’s marijuana issues are well documented. Now, I am the first to say it’s a downright tragedy that a talented young man has been kept from fulfilling his dream for indulging in Tim Lincecum‘s favorite pastime. That being said, the fact Jeffress knew he was risking possible suspension certainly raises some questions regarding his commitment to the game.

Makeup issues aside, though, Mejia and Jeffress are awfully similar. I know Jeffress was a reliever all of last season, but Mejia would have been toiling in the Mets pen all of it last year too if Jerry Manuel had his way. Plus, Mejia’s health is also a concern going forward.

Kirk Nieuwenhuis (Lorenzo Cain): Cain is clearly more valuable than Nieuwenhuis at this point. He is far more capable of sticking in center, his plate discipline is better, and he has produced at the major league level (albeit in a small sample size). Still, since I would give Mejia the edge over Jeffress, Nieuwenhuis, or Ruben Tejada, Zach Lutz, Sean Ratliff, etc. would probably suffice.

A lot of people have written off Cain as a fourth outfielder, but his skillset reminds me of Angel Pagan.

Cesar Puello (Jake Odorizzi): The Mets do not have a pitching prospect of Odorizzi’s caliber, but he and Puello are at similar stages in their development, and I would be surprised if they were not valued similarly at this point.

Now, assuming Greinke would have approved a trade to Flushing, would I make this deal? Considering Greinke has been worth an average of 6.5 WAR while pitching in the American League, he would certainly make the Mets wild-card contenders, but he would hardly guarantee them a playoff spot. Even if he was willing to sign an extension, considering he is only 27, he would probably ask for at least an eight-year deal. For what its’ worth, Greinke’s K rate fell nearly seven percent from 2009-2010. Thus, I would be hesitant to sign him to a long-term deal, as I would any pitcher.

Man, it would be tempting though.

Back Inside Look: J.P. Ricciardi
Next My Christmas List