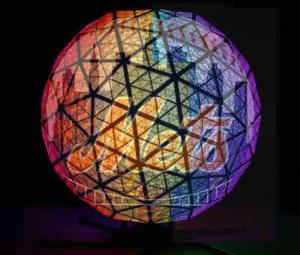 For the Mets, it’s definitely time for a change.  This is a baseball team in a shambles.  They are millions of dollars in debt, and have taken loans from Major League Baseball in order to stay afloat.  They lost their star shortstop in free agency to a division rival, and traded two key players during the season.  They’ve done little to build the team during the offseason, except adding a mediocre outfielder and three pretty good relief pitchers.  And if the 2012 season goes as poorly as most predict, at least two of those pitchers will be gone at the trade deadline.  To top it off, Saul Katz and the Wilpons are having trouble finding minority investors, resorting to perks such as “Access to Mr. Met” and “Owners Workout Day” in order to lure them in.

All of these problems, along with a third consecutive fourth-place finish in a division that’s only getting tougher, have created a swoon of negativity among Mets fans that has reached a level not seen in Flushing since the Midnight Massacre era.

Following the infamous trades of Tom Seaver and Dave Kingman in 1977, Shea Stadium became a ghost town for the rest of the decade.  Finally, the de Roulet family, who had inherited the team from Joan Payson, sold the team to a group headed by Nelson Doubleday, Jr. and Fred Wilpon in 1980.  Under the new ownership, the team rebuilt and enjoyed a string of winning seasons from 1984-1990.  Out of the darkness, an age of unprecedented success arose.

Doubleday sold was forced to sell his stake in the Mets to Wilpon and his company, Sterling Enterprises, in 2002.  And after 32 years of ownership, Wilpon, once the face of the resurrection of the team, is now the face of its failure.  His risky financial decisions and involvement with Bernie Madoff have led to the near financial ruin of the franchise.  This is clearly a new period of darkness in Mets history.

But while Mets fans have filled Twitter, blogs, talk radio shows, and their local sports bars with negativity (and who can blame us?), there is a spark of  hope.

Reporter Bob Klapisch recently tweeted that the sense in MLB is that the Wilpons have 3-4 months to get investors in place, and their finances stabilized, or else they are out.  This isn’t just an unfounded rumor, or crazy speculation.  The Mets operated at a loss in 2011.  They will operate at a loss in 2012, barring a miracle.  An MLB franchise, in New York, cannot sustain itself like this for long.  And MLB (no matter how close Bud Selig is to Fred Wilpon), cannot let a New York baseball team run itself like this for long.

Getting new owners, with deep pockets and a sense of how to run a business, is the best thing that can happen for the franchise.

In the meantime, GM Sandy Alderson and his Geek Squad are doing the most with what they have.  They are focusing on building the minor league system.  And even though, as my boss said, there is no guarantee that prospects such as Matt Harvey and Zack Wheeler will stay healthy or effective long enough to make an impact on the big league club, every successful team has a deep minor league system.  Even if all of your prospects don’t make it to your team, you can use them as chips to trade for immediate needs at the big league level.  This is a philosophy that has worked for the likes of the Boston Red Sox, and even the free-agent-happy Yankees.  The Mets minor league system isn’t yet deep enough to be used in this way, but they should continue to build it, even if it means more near-term suffering at the big league level.

So, should auld acquaintance be forgot, and never brought to mind?  No.  Let’s remember the good times – Jose Reyes screaming around the bases after hitting a line drive into the gap, Carlos Beltran drilling a ball into the bullpen while Gary Cohen shouts “We’re going home,” K-Rod and Billy Wagner nailing down saves, and Carlos Delgado launching moonshots.

Let’s remember days of auld lang syne: the Mike Piazza-led Mets of the late 90s, the winning teams of the 80s, the pitching-rich, gutsy teams of the late 60s and early 70s.  The World Championships of 1969 and 1986.  The division titles. The Grand-Slam Single.  The Catch (and the second version of The Catch).

But it’s time to concentrate on the future, and make January 1, 2012 the first day of a new beginning for the Mets.  It’s easy to be bearish on this team right now, but we Mets fans are not front runners.  We are some of the most loyal fans in all of sports.  We’re not spoiled by success like some other fans.  Our team is our family, and a part of our lives.  Yes, we want them to succeed, and they will again.  This may be the end of an era for the Mets, but it’s also the beginning of a new one.

Back 2011 Evaluation: Dan Murphy
Next Can Mets Get Anything Worthwhile for David Wright?