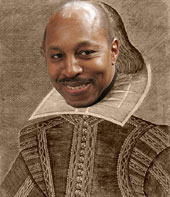 As a person, we like Willie Randolph. We respect the way he played the game, we admire his ability to motivate players and teach the youngsters, and the way he handles the media. He’s a good guy, a first-class individual. Personally, I’d like to see him remain the manager of the Mets for a long time. However, his managerial career plays out like a Shakespearian tragedy, in that he has one fatal flaw that is his ultimate downfall: he has no idea how to manage a pitching staff.

It’s not his fault, really — he was a second baseman during his playing career, and what the heck does a middle infielder know about pitching? (That’s why catchers make such great managers — they know how to handle the most important aspect of the game.) As a coach with the Yankees, he was kept far away from mound, as his strength was in teaching and relating to the position players. The only bit of education he has regarding pitching management is from the king of reliever burnout, Joe Torre. So we can’t be too harsh on Willie — he’s ignorant, and never had the opportunity to learn the ropes in regard to managing a pitching staff. In many ways, he’s learning on the job.

How Rick Peterson fits in to this is anybody’s guess. It appears that The Jacket is more like Willie — he can relate to pitchers (they’re a different breed), and he can teach. But, also like Willie, he might not be the best at pitching management — because we’re assuming that Randolph leans on him a bit for advice. You may think this is a crazy idea — isn’t Peterson one of the best pitching coaches in baseball? Sure, but he’s never had a bat in his hands, and faced a Major League pitcher — so his knowledge is all one way. He may know all there is to know about pitching mechanics, and changing speeds, and grips, and the mental game, etc., but he doesn’t know squat when it comes to a batter facing a pitcher — and that’s part of in-game management.

A glaring example came in last night’s contest. Tom Glavine is cruising through seven innings of shutout ball. He’s thrown a fairly efficient 102 pitches in the process, and showing no signs of tiring. His seventh inning was one of his strongest — a 12-pitch, perfect frame. In his last win — 11 days before — he threw 116 pitches without a problem, so he’d gone that far before, and recently. Considering the disastrous efforts of the bullpen recently, Glavine’s gem of a performance was a sight for sore eyes — for once, a game could pass over the middle relief and go straight to closer Billy Wagner.

Except, for some reason, Glavine was removed before the 8th inning.

Now, it may have been Glavine asking out. If it was, shame on him — but shame on Willie also for not saying, “Tommy, we need you to go one more”. This is the end of the season, a game against the second-place team, and it’s a win you really want to get. Champions such as Tom Glavine rise to the occasion and muster the strength to continue on — he’s done it before, he’ll do it again.

My guess is that Willie and/or Peterson were either “going by the book”, or out-thinking the situation. “The book”, of course, stipulates that you remove your starter after 100 pitches, and that you go to a fresh arm to bridge the gap from starter to closer. “The book” also states that a lineup will start hitting a pitcher the third or fourth time around, so you want to remove your guy before that hitting starts. However, “the book” has to be thrown away in certain situations — such as when your starting pitcher is your BEST OPTION at that moment.

Rick Peterson may have whispered in Willie’s ear, “the Phillies are due to start hitting Tommy, they have the top of the lineup coming up … let’s get him out of there and get him a win for his effort.” That’s a great plan, IF you have a setup man you can count on. Unfortunately, the Mets do not have that pitcher, and haven’t had him in quite some time — possibly because Randolph has completely burned out and exposed the few quality arms he has in the ‘pen. Another thing Peterson doesn’t get — but Willie should. When a pitcher like Glavine is throwing 82-MPH slop up at the plate, and putting up zeroes, it gets to the opposing team. The batters look up and say, “how the heck are we not hitting this guy?”. It becomes a mental thing. This is how Glavine has won over 300 games in his career — guile, smarts, and dominating the mental aspect of a contest. He may not blow a batter away with his fastball, but he’ll hammer his psyche. Think back to the NLCS, when Glavine threw a gem against the Cardinals. Remember mighty Albert Pujols pissing and whining that Glavine “wasn’t that great” ? That’s how Tommy has been winning ballgames for twenty years — getting inside the head of batters, and letting them beat themselves.

So when Glavine is crusing with one of his “vintage” games, you let him go as long as he can go, because he’s dominated the other team, mentally. When the Phillies saw Pedro Feliciano throwing warmups before the 8th, the entire dugout nearly jumped out of its shoes. The smiles on their faces could not be missed — they were completely smitten that Glavine was out of the game, and were knocking each other over on their way to the bat rack. “Thank goodness, we don’t have to deal with Glavine for the rest of the night” — was no doubt said by at least one person in the Philly dugout at that time. It was the turning point of the game.

Now let’s pretend that removing Glavine was the right move. We can go round and round with theories on who should have come in, which matchups should have been made, etc. But it all comes down to this: the Mets do not have a setup man. This team was built by Omar Minaya around the concept of shortening the game, of getting the ball into Billy Wagner’s left hand. The concept falls to pieces without an 8th inning guy. At one time, the Mets had a fairly reliable setup man in Aaron Heilman. He wasn’t perfect, but if he was, then he’d be the closer and not the setup guy, right? They also had a fairly reliable second option in Feliciano — again, not perfect, but who is? Lately, though, neither of those two can be counted on to close the door in a tight game. Why?

It goes back to the mismanagement of the pitching staff. Willie’s in-game management is bad enough, but is exacerbated by his inability to manage arms over the course of a 162-game season. It’s been stated here and other places before — you can’t treat every single game of the year like it’s the seventh game of the World Series. If you do, eventually, something has to give. Randolph has trotted out Heilman 63 times in 130 games; nearly every other day. Feliciano is right behind him at 61 appearances. Both are on pace to finish the year somewhere between 75-80 games apiece. That’s too many. Anyone who watched the Mets last year knows that Heilman is not built for this kind of workload — mentally nor physically. He pitched too often last year (74 games), and had absolutely nothing left come October. His mechanics became a mess when he was overused early in 2006, and at the end of the year needed elbow surgery as a result of pitching too often. So what does Randolph do in 2007? Pitch him even more frequently, of course! If I was Heilman’s agent, I’d have Randolph shot — the guy’s arm is going to be jelly by the time he has a chance to cash out in free agency, at this rate.

Similarly, Feliciano went from being a reliable LOOGY to a full-core setup man sometime around June of this year. That’s great, as he was effective, but again — you can’t expect him to pitch four games in a row and not suffer negative consequences. Feliciano set a career high by pitching in 64 games last year — as mentioned he’s already been in 61 this year (before then he’d never thrown in more than 22). And last year, he was more of a matchup guy, pitching to one or two batters. This year, he routinely pitches one or two innings. That’s a big difference. I’m not sure how anyone can look at the increase in frequency for these two pitchers and be surprised by their recent breakdown in performance. It’s simple logic — also known as The Joe Torre Method of Destroying a Relief Pitcher (see: Proctor, Scott; Gordon, Tom; Quantrill, Paul; Karsay, Steve; the list goes on and on).

How could Willie have avoided the burnout of his two most reliable setup men? Many ways, beginning with allowing the starting pitchers to go longer in games. Just because a guy is approaching, or at, 100 pitches, doesn’t mean you have to take him out. The 100-pitch count is the biggest load of crap going in MLB. Any grown man who throws a ball professionally should be able to safely throw 120-140 pitches once every five days, with proper training. That’s not to say he has to get up to 140 every single time out, but rather, it’s OK if he averages around 115-125. That’s at least one to three extra innings every game, depending on how efficient he is with his pitches. But the current mentality in MLB is to use the quick hook when your starter gives up a single in the sixth inning. It’s ridiculous — that’s postseason, must win at all costs strategy. Shortening the game to that extent over the course of the season puts you in the situation Willie is in now. And just because everyone else is doing it, doesn’t mean Randolph has to do it. Be a maverick, and do something crazy — like let a starter complete a game once a week. Nuts, I know.

Unfortunately, there isn’t much the Mets can do about the situation at this late stage in the season. However, Randolph and Peterson need to face the facts: the bullpen is tired, exposed, and ineffective at this point. Therefore, they’ll have to push the starters an extra inning here and there while the relievers lick their wounds, and hope they can recover in a week or two. And by god if a starter has a shutout through seven, LEAVE HIM IN THE GODDAMN GAME — at least until the ninth. A tired but effective starter is a much better option than any alternative currently available from the bullpen (other than Billy Wagner).

Back Mets Game 131: Loss to Phillies
Next 10 Hates On the Phillies