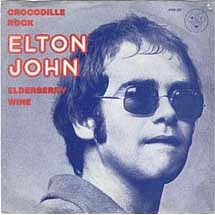 As mentioned in the MetsToday postgame (#157) notes, the Shea Stadium organist broke into a rendition of Elton John’s “Crocodile Rock” at the end of the eighth inning during the most recent loss to the Nationals.

First of all, it was great NOT to hear Sweet Caroline — which as every respecting baseball fan knows, is a Fenway Park tradition and has no business being played in any other parks. But more importantly, the Mets exploded for six runs a half inning after Crocodile Rock was being tapped out on the keyboard. Anyone see the connection?

I, for one, hereby demand that Crocodile Rock be played at the end of every eighth inning at Shea from now on. And perhaps there should be some consideration to playing the tune after EVERY inning, if we think it may incite a rally. We have nothing to lose at this point, and it’s certainly less annoying than a jumping monkey. If a fish can save Pittsburgh, perhaps a crocodile can save New York.

Back Mets Game 157: Phillies Lose to Braves
Next Number Four