I Hope Santa Brings Me This 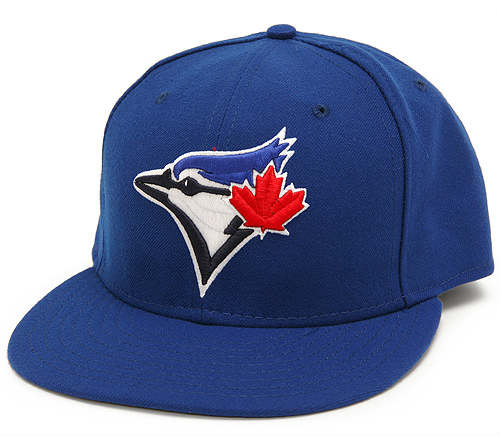 I kind of like the colors, and the bird is cute. Oh, and if FOX Sports’ sources can be trusted, it appears that R.A. Dickey will be a Toronto Blue Jay.

The right-hander agreed to a two-year, $25 million extension with the Jays on Monday, according to a major-league source.

His trade from the New York Mets to the Jays will become official once he passes a physical, the source said.

Dickey, 38, accepted the same terms from the Jays that he requested from the Mets, and is now under contract until nearly his 41st birthday.

He already is signed for $5 million next season and now will earn $30 million over the next three years — a below-market price for the reigning National League Cy Young Award winner.

The trade, as first reported by the New York Post and confirmed by a source, would send Dickey, catcher Josh Thole and a non-elite prospect to the Jays, with the Mets receiving catcher Travis D’Arnaud, right-hander Noah Syndergaard, catcher John Buck and another non-elite prospect.

Interestingly, the report from Toronto suggests that Dickey may be getting more than a $25M extension (Hat tip — pardon the pun — to Walnutz):

As reflected in his hands-on style, Jays’ GM Alex Anthopoulos prefers to meet players face-to-face whenever an important crossroads arrives. Anthopoulos is believed to have met with Dickey at his home. Reportedly, the Jays have been able to agree on the extension with Dickey, likely for more than the $26 million, two years, he had been seeking from the Mets, but still a bargain for three years compared to recent free agents Anibal Sanchez, Zack Greinke and, assuming Dickey’s higher expected return, than Ryan Dempster.

Regardless, Toronto is extending Dickey, which means he’s out of the Mets’ hand, and we can stop the double-entendre headlines. It also means that 2013 is officially flushed down the toilet in terms of the Mets trying to win, but on the bright side, one small step toward building a club that might resemble MLB-caliber in 2016.

Hey, with a little luck we’ll get to see R.A. — and Jose Reyes — at Citi Field in July1

Back What If Dickey Denies Extension?
Next R.A. Dickey Trade is Done