The New York Mets announced that the trade of R.A. Dickey to the Toronto Blue Jays is complete. Here’s how it goes:

Don’t ask why the Jays have a fetish for catchers. Maybe it has something to do with Nickeas being Canadian.

This is what R.A. tweeted after the deal was consummated: 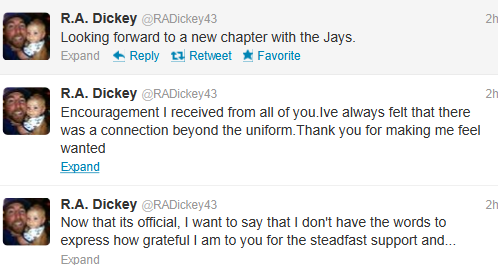