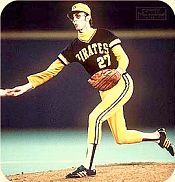 Back Potential Non-tenders
Next Bullpen Candidate