Now THAT’S what we call a winning streak!

The Las Vegas 51s Mets played a fantastic game in beating the Lehigh Valley Iron Pigs by a one-run margin.

I dunno, maybe it’s me, but this game felt like a AAA tune-up for Cliff Lee coming off the DL.

But you have to hand it to those feisty young Mets, as they beat the mighty Lee. Just as amazin’, Carlos Torres held the Phillies to two runs in six innings.

So now the Mets and Phillies have identical records, are tied for third in the NL East, and tied for tenth-worst record in MLB. The Blue Jays are also 71-84, and the Padres are right behind (ahead?) at 72-83. Are you SURE you want the Mets winning all these meaningless ballgames at the end of September? I’m fine with it, because if the Mets don’t get a protected pick, it will make for much more interesting discussion over the winter. Selfish me.

In the top of the fourth, with men on second and third and none out, Daniel Murphy struck out on three straight pitches on the outside corner. A few minutes later, he was jawing with the home plate umpire from the dugout. I was stunned by Murphy’s approach in that at-bat, and even more stunned by his reaction to striking out. You know I’m constantly criticizing Murph, but there’s one thing he does well, and that’s put the bat on the ball when runners are in scoring position. He doesn’t always drive the ball, but he almost always does that little Rod Carew-like half-swing and drop a pitch into the shallow outfield to bring the runner home. Further, in those situations, it’s usually a pitch on the outer half of the plate that he pokes into short left field.

During the telecast, Cliff Lee was described as throwing a “knuckle curve,” but really it’s better defined as a “spike curve,” which is similar to the pitch that A.J. Burnett throws, and Jason Isringhausen and Mike Mussina threw. The “spike curve” is thrown with the same arm and wrist action as a regular curve, but the spin is enhanced by tucking the fingernail of the index finger against the horsehide. A true knuckle curve, as made famous by Burt Hooton (and later, thrown by Braves reliever Jeff Dedmon and former Phillie Tyler Green), is thrown with two fingernails against the horsehide and arm action similar to the fastball, but at the point of release, the the index and middle finger push against the ball hard, imparting topspin. Hooton demonstrated the grip and action during either (both?) the 1977 or 1978 World Series, and I immediately began trying to throw it myself as a youngster. It was hellacious against little leaguers, and later high schoolers, and had zero impact on my elbow. A great pitch, and I wonder why it isn’t taught more to young pitchers, as it’s no more risky than a fastball or change-up; perhaps there simply aren’t many people who know how to throw it and teach it. Well, if you want to learn it, send me an email and I’ll be happy to arrange a private lesson.

Wilfredo Tovar made his MLB debut wearing #70. Really? They couldn’t give him something a little lower? Despite the spring training number, Tovar enjoyed an auspicious debut, slamming home the winning run with a single off of future HoFer Lee. Something to tell the grandkids.

Even though Lee lost, I still enjoyed watching him pitch. He and Matt Harvey are, for me, must-watch pitchers. It’s remarkable that so few other MLB hurlers have Lee’s no-nonsense, strike-after-strike approach. Lee has a special talent to command the baseball, but there are at least two dozen other pitchers in MLB who have the potential to throw that many strikes — but most choose instead to pick at the corners and try to induce swings and misses on breaking pitches out of the zone. Give me a guy who pounds the strike zone and goes right after hitters any day of the week.

Did I mention that Cesar Hernandez can’t play center field? As Bobby Ojeda pointed out in the postgame, the Phillies’ outfield tryouts have been terrible, and cost them ballgames. This isn’t 2002, which means defense matters.

I wonder if or how new Phillies manager Ryne Sandberg dealt with Jimmy Rollins‘ lack of hustle on a line drive he hit in the 6th that was misplayed by Andrew Brown and fell safely. Rollins may not have gotten more than the double he got anyway, but his dogging to first base was inexcusable. I don’t care if it’s the 155th game of the year and Rollins is an aging veteran — MLBers are paid handsomely to play a boys’ game, and the least they can do is hustle. Previous manager Charlie Manuel reprimanded and suspended Rollins on a few occasions for lack of effort, and I’m interested to know how the “new sheriff in town” chose to deal with his occasional star-player headache.

The Mets move on to Cincinnati to face the Reds. Game one begins at 7:10 PM. Former Reds ace Aaron Harang faces Johnny Cueto.

. Need I say more? Pack of 12, making it perfect as a birthday or Halloween party giveaway. 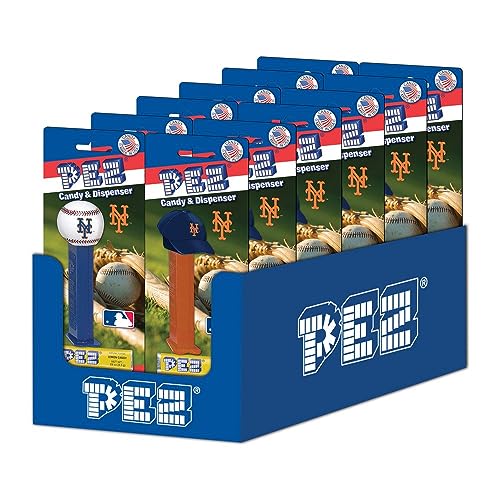 Back Mets Game 154: Win Over Phillies
Next Daniel Murphy is the Least of the Mets’ Problems