You may have heard the news that Dusty Baker has been fired by the Cincinnati Reds. With that news comes the first rumor of the winter.

On MLB-XM this morning, Reds announcer Marty Brennaman spoke at length regarding the Baker firing and where the Reds were headed going forward. Brennaman suggested — based on his private conversations with people inside the Reds organization — that there would be sweeping changes to Cincinnati’s roster, with the goal of bringing in a few players with “fire in their bellies.” Apparently, part of the reason the Reds faltered in the last week of the season and in the Wild Card game was because there was no one in the clubhouse taking charge, being a leader, and emotionally picking up the team while it was down — which was part of the reason Baker was fired (he was rarely seen in the clubhouse speaking with his players). Scott Rolen was mentioned as a player who used to hold that leadership role, and a similar type of player is expected to be brought in to Cincinnati this winter.

But who will go? Brennaman suggested that there are whispers that Gold Glove second baseman Brandon Phillips could be on the block. Not because he lacks leadership, but because he may be their most valuable tradeable asset. Also mentioned was starting pitcher Homer Bailey, who will be offered arbitration but who, according to various sources, is not interested in signing a long-term deal with the Reds. If it’s true he won’t consider a long-term contract, Brennaman speculates Bailey will also be shopped this winter.

Brennaman also said that it’s unlikely Bronson Arroyo will be brought back, but that the team will do whatever they can to keep Shin-Soo Choo in a Reds uniform.

So there you — start your Cincinnati speculation in the comments.

Seems that Indian Summer is here (is it politically correct to say that? I’m so confused ever since we lost our freedom of speech a few years back), so how about this nifty retro T-shirt, complete with the MetsToday Mr. Met logo? 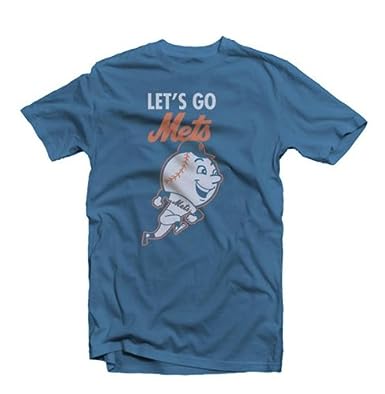