Will Wally Go To Washington?

Ever see that grand old flick “Mr. Smith Goes To Washington“? I have to wonder if there are similarities between the plot of that movie and the next move of Wally Backman‘s baseball career.

Despite leading the Las Vegas 51s to a first-place finish, 81-63 record, and playoff appearance, there was speculation that Wally Backman might not return to the Mets organization in 2014. For one, there were rumblings that Backman’s unbridled enthusiasm during a Mike Francesa interview concerning Ike Davis had ruffled the feathers of a few peacocks in the Flushing front offices. Secondly, there was speculation that the September promotion of Pedro Lopez was a) the Mets communicating a message that Backman was no longer wanted; and/or b) was a slap in the face / last straw that Backman would not return. As it turned out, Backman was fine with the reward handed to Lopez, saying,

“Sandy (Alderson) called me,” Backman said by phone on Friday, “and said, ‘you had a great year, but we’re only adding one guy and I’d like to give Pedro the opportunity.’ Pedro has never been on a big-league staff, so I told Sandy, ‘I think it’s a great gesture.’”

What Wally didn’t mention was that the lack of a September call-up meant he’d get an early start on hunting season — surely he didn’t mind that.

In that same article, Backman was further quoted as saying,

“I know people seem to be talking about me leaving,” Backman said, “but I’ve never said I’m not coming back.”

Still, all signs seem to point to Backman moving on to a job in a Major League dugout — be it as a manager or a coach. Again, from that same Daily News story:

“The thing that impressed me most was the way he handled the bullpen,” says an NL scout who saw a lot of Pacific Coast League games this season. “In that league, the way runs are scored, managing the bullpen is tricky, but from what I saw, Wally had a good handle on it.

“It’s pretty well-known that he relates well to players, gets a lot out of them. But he can run a game too.”

… there’s some thinking the Nationals would consider him as a replacement for his old Mets’ manager, Davey Johnson, who is not coming back next season.

Washington GM Mike Rizzo knows Backman well, having worked for several years in the Diamondbacks organization, and though he may be more likely to hire bench coach Randy Knorr or D-Backs third-base coach Matt Williams, people who know him say he could be intrigued by the idea of bringing in a high-intensity guy like Backman after the Nationals underachieved this season.

I wouldn’t be surprised if the “NL scout” mentioned above happened to work for the Washington Nationals. They’ve known all year that Davey Johnson would retire at the end of 2013, and a replacement would be needed. Down in D.C., there hasn’t been much discussion about the candidates — only that there are many, and no one at this point is a clear leader. In addition to Knorr and Williams, there are rumors that Cal Ripken, Jr., could be in the mix. And Wally? It wouldn’t be the first time he’d be considered for a Nationals job — he was very nearly hired to be Johnson’s bench coach for the 2012 season. Johnson has always thought highly of Backman, as has Rizzo, and after taking a talent-challenged triple-A team to the PCL playoffs, they have to be impressed.

What do you think? Is there any chance Mr. Backman goes to Washington? If not as a manager, as a big-league coach? Answer in the comments.

It’s not quite as fulfilling as seeing the image of Jesus on your breakfast toast, but how about the New York Mets logo on a grilled cheese sandwich? You don’t even have to wait for such a miracle — you can make it happen yourself for less than twenty bucks by buying this New York Mets Sandwich Press 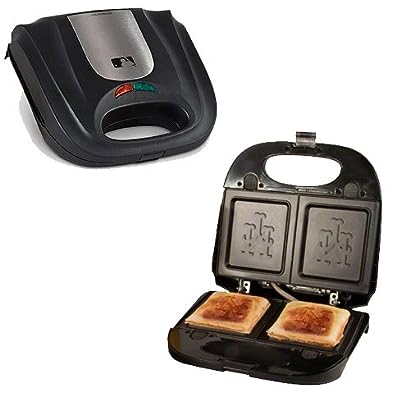 Back Will Terry Collins Be Losingest Mets Manager?
Next More Durable: David Wright or Jose Reyes?