The Kansas City Royals have traded LHP Will Smith to Milwaukee in return for outfielder Norichika Aoki. A number of other deals have been made in the past day or so, though none involving the New York Mets.

There had been buzz about the blogosphere that the Brewers could send Aoki to the Mets in return for Ike Davis. The assumption was that Aoki would fit nicely as a leadoff hitter for the Mets, and the Brewers had a vacancy at first base where Davis could start over. However, a trade between the two teams never materialized, perhaps because Milwaukee is considering bringing back Corey Hart to play 1B, perhaps because the Mets felt they can get more for Davis, or perhaps any number of other reasons. Bottom line is that Aoki is in Kansas City, and Davis is still, for now, property of the Mets.

For what it’s worth, I thought a Davis for Aoki trade would’ve made good sense for both clubs. Though Aoki is on the wrong side of 30, he’d upgrade the Mets’ corner defense and provide them a legit leadoff guy with speed who rarely strikes out and has a bit of pop — players like that aren’t easy to find.

In other news not involving the Mets …

Joe Nathan signed with the Detroit Tigers; two years, club option for a third, reportedly in the neighborhood of $20M.

The Bosox also signed catcher A.J. Pierzynski to a one-year, $8.25M contract. Good sign for Boston, I think. It seems Pierzynski is perennially underrated by the market; he’s a solid backstop who swings a good stick. Pierzynksi apparently turned down several multi-year deals, but chose winning over money.

Paul Konerko agreed to return to the White Sox on a one-year deal for $2.5M, so scratch him off the list of possible Flushing first basemen. He could’ve been a nice fit as a platoon partner for Lucas Duda, in my opinion — but there was never any buzz on Konerko leaving Chicago.

Ryan Vogelsong is returning to San Francisco, also on a one-year deal, but for $5M.

Willie Bloomquist signed with Seattle for two years, $5.8M. Seems kind of steep for a 36-year-old bench guy. What, then, is Justin Turner‘s value?

Jose Molina returned to Tampa on a two-year, $4.5M deal. Bargain for one of the top defensive backstops in baseball.

Finally, The Beard — a.k.a. Brian Wilson — has agreed to a two-year, $18.5M contract with the Dodgers. The plan is for Wilson to be the setup man to Kenley Jansen. Personally, I think it makes good sense to spend big bucks for a lights-out 8th-inning guy, and even for a 7th-inning guy. Too many games are decided in the 6th and 7th inning by the worst pitchers on either club.

Did I miss anything? Do you have any comment on the above moves? Answer in the comments.

Did you put up a tree yet? How about hanging a Mr. Met ornament 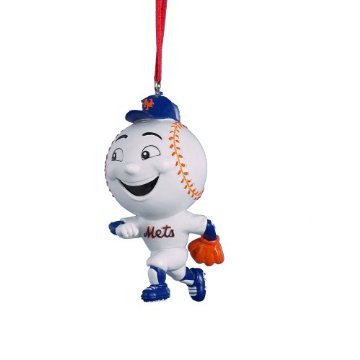 Back Curtis Granderson Ate Salmon
Next Creating the next Uehara