It’s true — there’s a fairly decent chance that the Mets will take their chances with what they have. And it may not be the worst idea in the world, considering where the Mets are in their rebuilding phase, their lack of payroll flexibility (some day, they hope to get out from under the heavy burden of the Curtis Granderson and Bartolo Colon contracts), and their plethora of young arms that need to be auditioned.

Here’s what they have, in no particular order:

I suppose Mejia and deGrom may have the opportunity to compete for the fifth-starter spot, but I’m including them here regardless. Personally, I see Mejia as an injury waiting to happen, and believe that if his dangerous mechanics will not be fixed, it would be best to limit his pitches as much as possible — not that that will necessarily prevent an injury, but throwing few pitches from the bullpen might hold off the inevitable a bit. But that’s another can of worms to discuss another day.

Here is what’s left on the market, in alphabetical order:

If I’ve made a mistake on the relievers still available, or missed someone, let me know in the comments. Otherwise, it’s a fairly underwhelming list, isn’t it?

I’m thinking the Mets bring back Byrdak, for whatever it’s worth. We can more or less guarantee that Frank-Frank won’t be back, though Atchison and/or Feliciano could be. We likely also won’t see Aardsma returning.

As for the rest, I doubt highly that the Mets are in play for Balfour, Betancourt, or Rodney, and I don’t see a reunion with Oliver Perez — though, the irony would be mind-blowing. Hanrahan, O’Flaherty, Betancourt, and Bailey are coming off major arm injuries and/or surgeries, and not expected to return before June, so for now, cross them off the list. Darren Oliver is expected to retire. Here are the pitchers left, after those cross-offs:

Ouch. Do you want to see any of the above in a Mets uniform in 2014? Will the Mets go after any of them?

Of course, there’s the possibility of out-of-the-box thinking, such as signing a former starter and converting him to the bullpen — such as a Jeff Francis, Scott Baker, Tommy Hanson, or Clayton Richard; the full list of available starters can be found on the ESPN free-agent tracker.

Short of the idea of converting a starter, I’m not seeing the Mets signing a prominent free-agent reliever prior to spring training. Maybe someone like Mitchell Boggs, Jeremy Bonderman, or Luis Ayala is mildly interesting, but considering they’re arguably the best of what’s left on the market, the Mets likely will have to overpay. And are any of them worth a guaranteed big-league deal? It appears to me that they’re best off signing a few to minor-league contracts, and/or adding some minor-league free agents to the mix.

What’s your thought? Am I missing anyone? Share your ideas in the comments.

Since it’s possible the Mets bullpen will be an exercise of Terry Collins playing the cards he’s dealt, I think a set of New York Mets Playing Cards 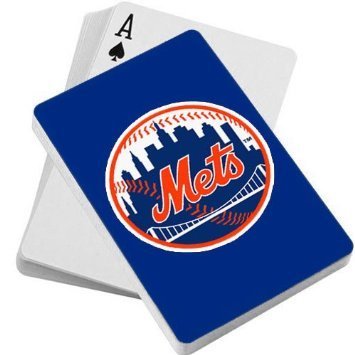