Remember the rumors — going all the way back to July — that the Mets’ main free-agent target would be Shin-Soo Choo? Well, so much for that.

In case you haven’t heard the news, outfielder Shin-Soo Choo has signed with the Texas Rangers for 7 years, $130M — which is reportedly $10M less than the contract offered by the New York Yankees earlier this winter.

Via superagent Scott Boras, the 31-year-old Korean on-base machine spurned the Yankees’ slightly higher offer, which was pulled when the Bronx Bombers moved on to Carlos Beltran.

Why would Boras and Choo take less money from Texas? For one, there is no state income tax in Texas, so it could work out as being a more lucrative deal when all is said and done. (Any accountants / tax geniuses out there who can weigh in here?) Of course, it could also be a matter of Boras misreading the market, and having to “settle” for such a paltry sum. Or, maybe Choo preferred living in Texas over New York — I hear the schools are nearly as good as they are in Colorado.

In any case, what’s done is done, and Choo is off the market, which should create a domino effect. Other teams that were in on Choo may now set their sights on Nelson Cruz. Hmm, not many dominoes left to fall, come to think of it. Other than Cruz, who is left? Chris Coghlan? Sam Fuld? Slim Pickens?

Though, the news of Choo could spark a trade here or there, and/or cause teams to move away from spending money in the outfield and putting it instead toward pitching. Or Stephen Drew. There aren’t many glittering options left on the free-agent market.

On the other hand, signing Choo might eliminate the Rangers from the impending Masahiro Tanaka sweepstakes.

What’s your thought on this signing? It was pretty clear the Mets were out on Choo once they signed Curtis Granderson, but maybe you held hope they’d still consider him? Is it a good move, or bad move, by the Rangers? How do you think it will affect the hot stove season? Comment below.

You can still order gifts from Amazon and have them arrive by Christmas Day. How about a comfy New York Mets Raschel Plush Throw Blanket

Order before midnight tonight and choose Two-Day Shipping to get it by December 24th. 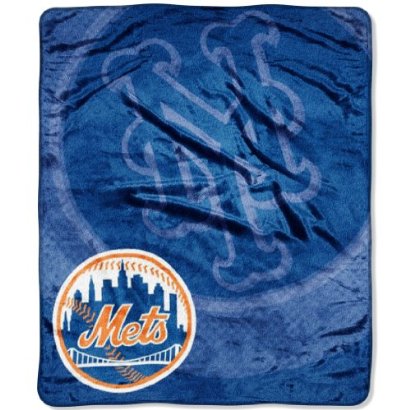 Back Beltran “Hurt” by Mets Organization
Next Youkilis To Japan, Pill To Korea, Stubbs to Colorado