According to reports from NASA, Scott Boras is still trying to get astronauts into Flushing. Should the Mets consider signing Stephen Drew, Kendrys Morales, or Neil Armstrong?

Oops … Armstrong is off the table, since he passed away in August 2012. But, NJ native Buzz Aldrin is still around.

Kendrys Morales is a switch-hitting, middle-of-the-order slugger who would fit nicely in between David Wright and Curtis Granderson in the New York Mets 2014 lineup. However, his position is 1B, and the Mets have a glut there, so they’ll take their chances with an in-house solution that may or may not include Lucas Duda, Ike Davis, Josh Satin, Wilmer Flores, Zach Lutz, Brandon Allen, Allen Dykstra, and/or Daniel Murphy. Quantity over quality!

Then there is Stephen Drew. Drew has had an interesting career arc. When originally signed back in 2005, he was viewed as a potential middle-of-the-order bat who had good athleticism but wasn’t so slick with the glove, and therefore might eventually be moved to second base or the outfield. In his first few years in Arizona, he showed doubles and homerun power, he hit around .280, and was improving his OBP. Then he had a gruesome ankle injury that affected his ability to stay on the field in 2011 and 2012 (btw, the original injury occurred while trying to score from second on a base hit by new Met Chris Young). During those two injury-riddled years, Drew strangely transformed from a so-so shortstop with a big bat to a very solid defensive shortstop with a so-so bat. Last, in 124 games with the Red Sox, he continued to build his reputation as an excellent defender, while his offense remained questionable. He did pop 13 homers in 501 plate appearances, and posted a .777 OPS, but those numbers may have been padded by hitter-friendly Fenway Park — where he posted an .859 OPS in 68 games.

Or were they? Yes, his OPS / OBP / SLG / AVG were all at least 60 to 100+ points higher in Fenway. But he hit 7 of his 13 homers away from Boston, and, strangely enough, 7 of his 8 triples came in Fenway. Is Fenway a triples park? Or could there be more to the big numbers in the home park, beyond the park itself?

What’s interesting to me is that most of his second-half numbers were significantly better than the first half — he finished especially strong, with a big August and good September. Maybe he finally got back into the groove offensively after missing so many games over two years, and/or, maybe he was learning the AL pitchers. Perhaps the late offensive surge is a sign of better things to come, and perhaps a return to the NL can be an extra boost.

Here’s what I see: the Mets don’t have a MLB-caliber shortstop in their system currently. Looking through their minor-league system, the closest they have to a potential MLB shortstop within the next three years (other than Ruben Tejada) is former first-round pick Gavin Cecchini has been underwhelming in his first two years of pro ball, and would seem to be at least 3 years away. Phillip Evans, a fifteenth-round pick and one year older than Cecchini, has been more dismal and will have to make big strides in ’14 to remain in pro ball. Wilfredo Tovar had a cup of coffee this past September, but appears to be a lesser version of Ruben Tejada — he’s a solid but unspectacular fielder with no pop and little hope for being an average offensive player at the MLB level. At age 22 and turning 23 next August, Tovar will have to show marked improvement with the bat next year to be considered a potential everyday MLB shortstop.

Since the Mets aren’t exactly brimming with “ready now” shortstops at the higher levels of their system, why wouldn’t they plug that gaping hole in the infield — a position some consider the most important on the field after the pitcher — for the next two to three years with a player who has proven to be an excellent defender and will provide at least average offense, with the possibility of being above-average, with power? It wouldn’t surprise me if Stephen Drew turned out to be a better offensive player than Chris Young in 2014, and through 2016, in fact.

There’s the argument that the Mets could acquire a younger, hotshot shortstop via trade. Sure, but it’s going to cost one of their top pitching prospects — why not save those bullets for something else, or hold onto them? And I’m not sure it makes sense to wait for next winter’s free agents, because the pickings are looking slim — the top names, barring extensions, will be Jed Lowrie, Asdrubal Cabrera, J.J. Hardy, Jimmy Rollins, and Yunel Escobar. Some of those were nice names two years ago, but for 2015 and beyond? Not so much. (My apologies to the Lowrie lovers, but 2013 was his first full season, and I’m betting he’ll cost about the same as Drew, if not more, when he hits the open market.)

With Matt Harvey out all year, presumably, 2014 is a year of assembling pieces for 2015 and beyond. Stephen Drew turns 31 in March, so he’ll be age 33 in the final year of a three-year contract — sure, you’d prefer younger, but that’s not exactly a senior citizen, and defensive specialists at prime positions tend to maintain their most valuable skills and overall value longer than one-tool hitters. Why wouldn’t the Mets want to lock up a shortstop through 2016? It may not even have to be a guaranteed three-year deal — for all we know, Drew may accept a two-year deal that includes easy incentives for a third year to kick in.

You may not be high on Stephen Drew for one reason or another — perhaps because he seems too expensive, or too injury prone. I’m sure many fans see the Bartolo Colon signing with similar disdain. But the fact is, there are holes that the Mets absolutely need to fill to make a step forward in 2014, and the options are disappearing quickly. Stephen Drew can be had for a relatively fair contract in terms of cost and length (compared to what we’ve seen thus far this offseason), and can be obtained without giving up a prized prospect.

Of course, if the Mets are on the verge of trading Rafael Montero for Chris Owings or Jurickson Profar, then I understand why they’re hesitating to make a solid offer to Drew. But otherwise, there would seem to be a strong argument to consider Drew’s services for the next three years.

What’s your thought? Am I off my rocker? Is there something about Drew, in-house options, next year’s free agents, or the current trade market, that I may be missing? Sound off in the comments.

, because not enough of you ordered it a week ago and I’m certain that if you don’t want it for yourself, surely there is someone you know who would love to receive it for Christmas — and if you order it today, and choose next-day shipping, you (or your friend / family member) will get it on Christmas Eve (I believe Santa will deliver it himself!). Follow the link or click on the below image to purchase from Amazon. 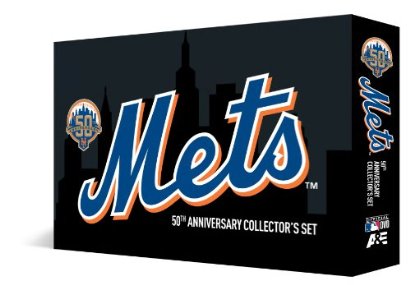 Back Youkilis To Japan, Pill To Korea, Stubbs to Colorado
Next Last-Minute Mets Gifts