Should Mets Bid On Masahiro Tanaka? 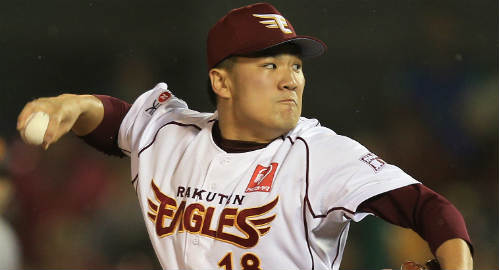 In the new posting system, the highest possible bid is $20M. So in effect, any MLB team that is willing to post $20M can negotiate with Tanaka. If a team posts a bid and fails to sign Tanaka, the team has their bid returned to them. The signing deadline is January 24, 2014.

Will the Mets post up to $20M to enter the sweepstakes? Should they?

First off, I know nothing at all about Tanaka, other than his stats. From what I understand, he has excellent command of a ow- to mid-90s fastball with so-so movement; a split-fingered fastball that drops off the table in a way that recalls Bruce Sutter, and a slider that may or may not be as good as the one thrown by Yu Darvish. I understand he can also mix in a curveball on occasion.

Here’s what I do know: he’s already pitched 7 pro seasons and dominated Japan’s top league, and he just turned 25 in November. So in essence, this is an opportunity to sign someone who would be a #1 overall pick in the amateur draft, with the bonus of already proving himself at a professional level — dare I say, it’s comparable to the bidding for Tom Seaver back in 1966.

For just a moment, pretend that you agree with that comparison — would YOU pay $20M for the chance to negotiate with a 25-year-old Tom Seaver? (OK, you’re going to have to stretch your imagination just a little more, and also pretend that a 25-year-old Seaver hasn’t yet thrown a Major League pitch.) And if you would be willing to give up that posting fee, how much would you then offer Seaver, in terms of years and dollars?

When you’re starting at $20M, it’s an expensive roll of the dice. There is talk that Tanaka may ultimately get a multi-year contract somewhere in the neighborhood of $100M. If that’s the case, is it worth spending up to $120M for a pitcher who may or may not be an ace? Who may not even be good enough to be a fifth starter?

It’s a tough call, regardless of whether you’re the Mets, the Yankees, the Cubs, or any other MLB team. A team that it’s in the bidding, I would assume, has done their due diligence in scouting Tanaka the same way they’d scout an American amateur pitcher. The main difference is that NPB hitters are probably better than most college hitters and all high school hitters — so there’s a bit less projection in the evaluation.

One reason the gamble may be worth it is the fact that it’s highly unlikely that the amateur draft will ever provide someone who is as close to a “can’t miss” as Tanaka — and yet, a team interested in his services needn’t finish last for the chance to sign him, doesn’t have to waste a draft pick on him, and isn’t subjected to the recently imposed penalties regarding signing bonuses for drafted players. This is a huge consideration, in my opinion. In my mind, teams should look at Tanaka as a rare opportunity to spend money they would have spent on the amateur draft if not for the taxes set forth in the current collective bargaining agreement. So for example, a team might plan to budget up to $10M per year on paying “over slot,” but since they’ll now be penalized for over-spending in the amateur draft, that $10M is reallocated — and choose to reallocate that $10M every year for 5-8 years for Tanaka? Thinking about it that way — as money you would be spending anyway, if the amateur draft bonus rules were less stringent — and suddenly, spending $120M for Tanaka isn’t so difficult to wrap one’s head around, because a good chunk of the sum is “found money.”

It’s very possible that Tanaka won’t succeed in MLB the way many believe. It’s entirely possible that he’ll never perform well enough to be worth a $100M+ investment. But that’s only if you look at Tanaka and the money in a vacuum — as if that money wouldn’t have been otherwise spent elsewhere, if a team had the opportunity to spend it.

It sounds like Tanaka is a rare opportunity to acquire a top talent without having to use or give up a draft pick — he is, for all intents and purposes, a very expensive free-agent who has not been given a qualifying offer. But one who is only 25, rather than over 30. Unless a team’s scouting department has come back with a negative evaluation, it seems to me to be a no-brainer to at least get in on the bidding and see what happens.

There’s one other issue to consider: how does a long-term contract for Tanaka affect other pitchers on a team’s roster? In other words, if the Mets ultimately win the Masahiro Tanaka sweepstakes, and commit, say, 7 years and $100M to him — what will Matt Harvey be looking to get when he negotiates his first long-term contract with the Mets? Then again, it could turn out that 7/$100M is a bargain for Tanaka — does anyone have a crystal ball?

What do you think? Should the Mets be willing to part with $20M, and be in on the Masahiro Tanaka bidding? Why or why not? Answer in the comments.

Since we’re talking about rolling the dice on Masahiro Tanaka, a pair of New York Mets Plush Team Fuzzy Dice

seems appropriate. Get a pair to hang from your rearview mirror — they’re only five bucks. 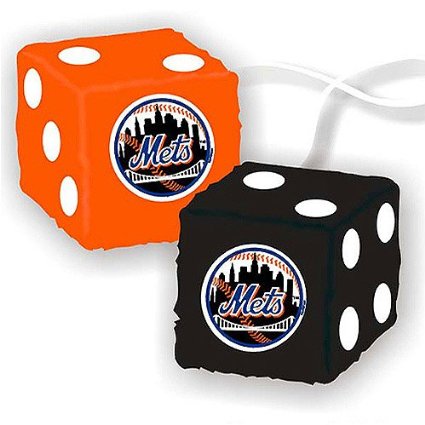 Back Jordany Valdespin Signs with Marlins
Next MetsToday Mailbag: Where Does Carlos Torres Fit?